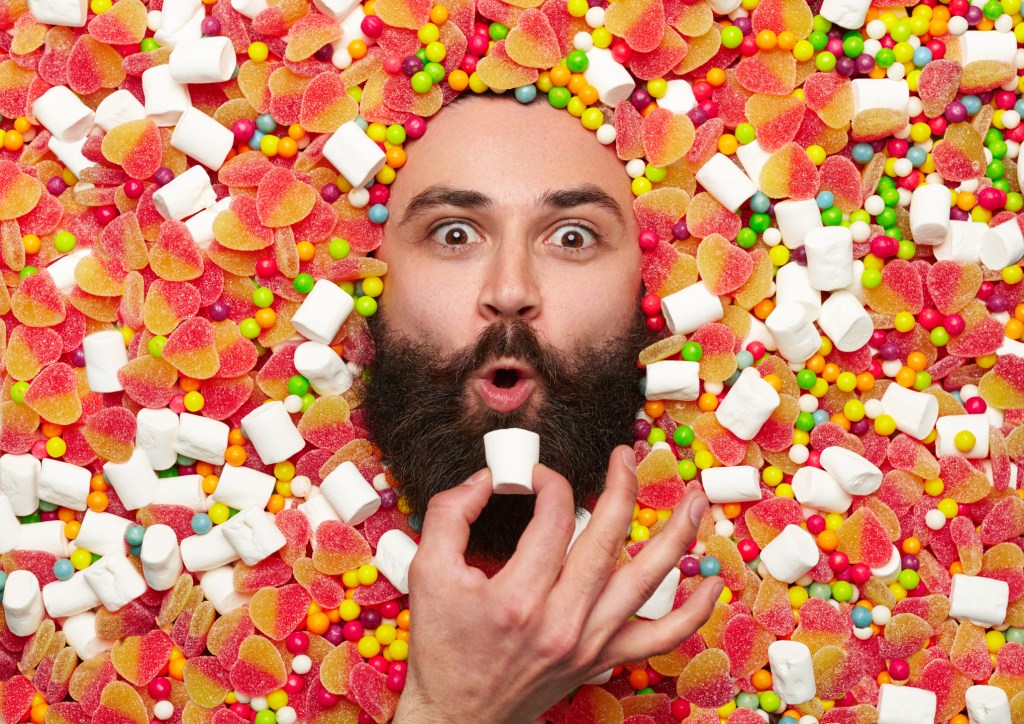 “You guys complain how much you hate it here, and then don’t even have the guts to leave!” – One Flew Over The Cuckoo’s Nest

Everyone understands by now that sugar isn’t exactly the healthiest substance they can put into their bodies. Not only is this commercially acceptable crack a contributor to a variety of nasty diseases from diabetes, cancer and non-alcoholic fatty liver (yes, your liver can peter out, even if you don’t drink alcohol), but it is also the leading cause of a chunky-style America. Somewhere around 40 percent of the U.S. population (and climbing) now ranks somewhere between obese and fat bastard.

Rest assured, if you are waking up every morning feeling like a big-o-bag of dried moose turds, and resemble one too, it’s probably because your diet is loaded up with junk food. But that doesn’t prevent the nation from going all Scarface with it, that’s for sure. People are eating trash cuisine with more enthusiasm than ever before and otherwise disregarding the fact that there are amputations, lardassery, and Rascal scooter rides in their near future. Hell, if we didn’t know any better, we’d say sugary foods and beverages are sending the country on a one-way trip to crazy town. And according to a new study, Nurse Ratched should be coming around with the medicine anytime now.

As if the great American slob needed another asinine reason to entirely discount the crippling side effects of sugar consumption, researchers with the University of Colorado Anschutz Medical Campus say the population’s favorite drug is driving them nuts. The study, published recently in the journal Evolution and Human Behavior, finds that too much sugar leads to manic behaviors and contributes to a more aggressive society. It might also be causing upticks in bipolar disorder and attention deficit hyperactivity disorder (ADHD). In other words, consumers aren’t just poisoning their soft bodies with granulated highs. The stability of their minds is also suffering.

According to scientists, the overconsumption of sugar is turning people into wild, ravenous animals fiending for sustenance. The report shows that the energy in cells diminishes when fructose is ingested, which basically tells the body that it is starving. And since what it really wants is actual nutrition to continue operating like a well-oiled machine, the body kicks into survival mode, which pushes the sugar junkie to engage in riskier, impulsive behaviors and “aggressiveness to aid the securing of food as a survival response.” This madness can mimic manic depression, the study authors wrote. So if you think you’re going off the deep end, put down the large soda.

It’s not supernatural that humans have an affinity for sugar. Studies have shown that sugar consumption affects the brain the same as some drugs. And once people get a taste of it – something that typically happens at a very young age — getting that monkey off their backs can be a daunting task. And most people can’t shake loose from the grips. Unlike cocaine and heroin, sugar can be procured literally everywhere. It is in almost every product that we consume, and using it is just normal. It’s the reason that medical experts have deemed it the most dangerous drug of all time. Not everyone is going to become a lunatic addict, but some are inherently helpless to its lures.

As for the latest study, researchers argue that the extreme availability of sugar causes the human survival pathway to run rampant. People are on such a constant sugar high that it’s impossible for them to feel good anymore. “Chronic stimulation of the pathway could lead to desensitization of hedonic responses and induce depression,” the study authors concluded. “A hyperactive foraging response driven by high glycemic carbohydrates and sugars may contribute to affective disorders.”

Listen, we’re not here to tell you how to live your life. If you want to be fat, live in a constant state of depression and misery, then, by all means, continue overindulging in all of the lard-ass staples that this country has to offer. It’s obviously working for you. But if you’re walking a fine line between sanity and psychosis, swelling up into a gnarly beast, and find yourself coming unhinged more often than not, perhaps cutting back on the kiddie crack is the right move. There is no shame in wanting to better yourself. This doesn’t mean that you can’t enjoy some of your favorite crud cuisines from time to time, but it wouldn’t hurt to add some protein, carbohydrates and healthy fats to the mix. While you’re at it, get in a few push-ups and maybe take a walk. None of us stay young forever, and nobody wants to spend our older years attached to a colostomy bag.