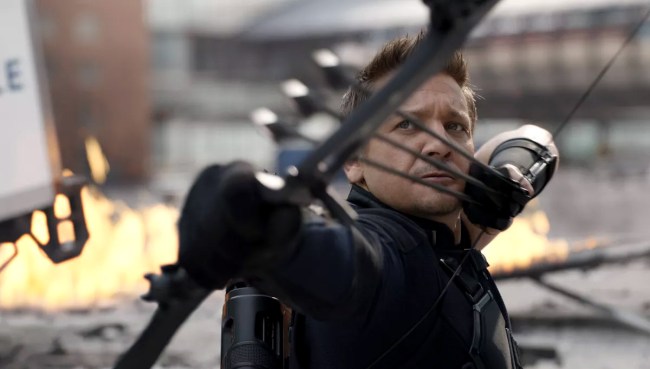 A new study claims Hawkeye to be the most valuable member of the Marvel Cinematic Universe. Seriously, Hawkeye. Not Iron Man, or Thor, or even Hulk, but Hawkeye.

This should be good.

The “Film Franchise Showdown” study uses various data points from the 23 MCU films like production budgets, box office earnings, IMDb scores, metascores, award nominations and wins to determine which character has seen the most action in the most successful movies in franchise history.

The films in which Hawkeye “appeared” include Avengers: Endgame, Captain America: Civil War, Avengers: Age of Ultron, Thor, The Avengers, and Avengers: Infinity War, despite only being mentioned and not actually seen in the last one.

Ole Clint Barton also hasn’t had his own solo film like, well, every other original Avenger (Black Widow’s is coming soon, we promise).

Linda Cardellini, who plays Laura Barton, Clint’s wife, however, says she would be totally down for doing a movie based on her character. What?

“I mean, you know, it was one of those things where I was sort of brought into the universe and it truly is its own universe. It’s its own entity with this fandom that is incredible and to be part of it is, I don’t know, it’s pretty fun,” Cardellini recently told Collider. “My daughter’s friends love it. It’s one of those kinds of things, you know? So it’s always fun. I mean, would I love to see a Laura Barton movie? Sure! But I don’t think that’s gonna happen. I think people are more interested in the superheroes.”