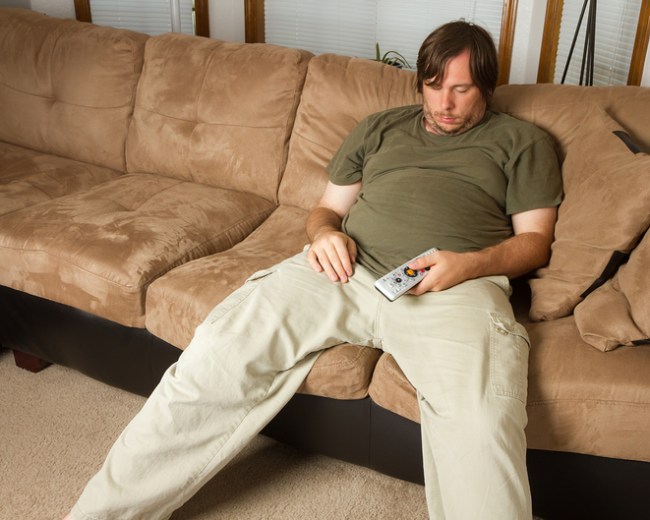 If you are one of those dudes who just rolls out of bed in the morning, grabs a beer from the cooler next to the bed (wait, you don’t have one of those?) and eventually migrates to the living room couch to spend countless hours smoking weed, binge watching Netflix and other fruitless activities typically associated with being an unemployed loser, well, we have some news that may help substantiate your pathetic existence.

There is a distinct possibility that people who do nothing all day may enjoy a longer existence than the rest of us poor slobs out there busting our humps everyday trying to earn a living. A new study finds that laziness and otherwise maintaining a lower metabolism may actually be one of the most overlooked survival tactics of the evolutionary process.

Yep, we’ve been doing it wrong.

Researchers at the University of Kansas published a paper this week in the Proceedings of the Royal Society B, which explores mollusks over a span of millions of years. Their findings show that the species of mollusks that existed way back in the day, including snails, slugs, and mussels, are different than the species living in the world now.

Some of these creatures evolved while others were rendered extinct. And the difference between whether a species lived or died, the study finds, can be attributed to metabolic rate. 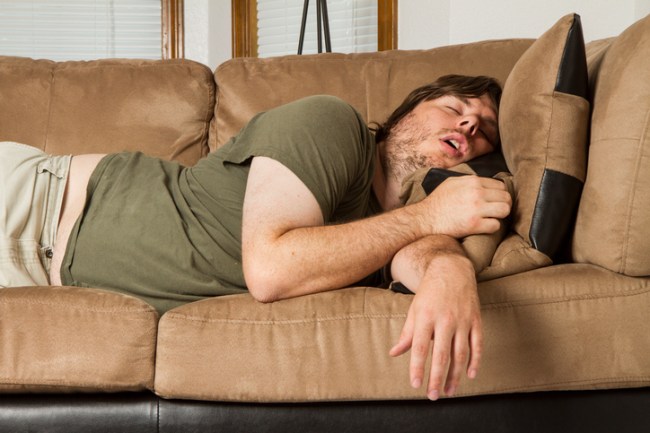 Mollusks that fought harder to survive, basically those creatures going to work everyday to feed the ungrateful wife and three screaming kids waiting for them back at home, were more susceptible to an earlier death than those that just chilled. The easy-going ones, mollusks that used less energy and food, were primed for survival once the famine came in. They just learned to do without, so scarcity issues had no affect.

“The lower the metabolic rate, the more likely the species you belong to will survive,” Bruce Lieberman, an evolutionary biologist at the University of Kansas and study co-author, told USA Today. “Instead of ‘survival of the fittest,’ maybe a better metaphor for the history of life is ‘survival of the laziest’ or at least ‘survival of the sluggish’.”

Lead researcher Luke Strotz says 5 million-year-old mollusks, which were selected for this study due to their large data sets, are proof that working hard is a racket. “Those that have lower energy maintenance requirements seem more likely to survive than those organisms with higher metabolic rates,” he told Sci News.

It is important to point out that this study really only details the survival rates mollusks with no ambition. Strotz says his team has not yet expanded the study to include other animals or even humans. But those explorations into the lazy vs. the driven may eventually transpire.

In the meantime, we should probably start working harder than ever before. Because if this study holds any real weight, we don’t want to be one of the unfortunate bastards that lives long enough to witness an evolutionary uprising in dope fiends and Welfare moms.