People Who Refuse To Wear Masks Or Social Distance Are More Likely To Be Sociopaths, Claims New Study 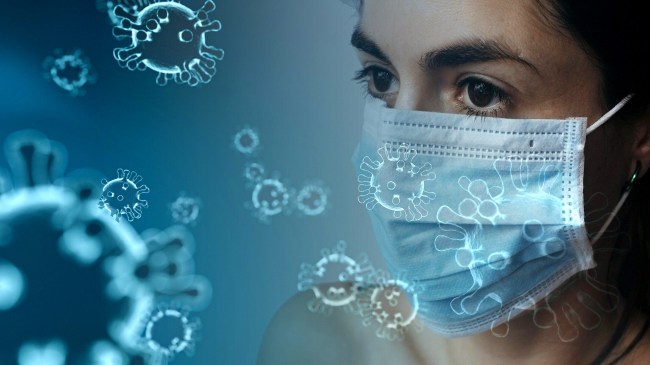 A recent study conducted by researchers from Brazil, where the risk of testing positive for the coronavirus is still very high, claims that those people who refuse to wear masks or follow social distancing guidelines during the ongoing pandemic are more likely to be sociopaths.

They are also, in my opinion, probably more like to be Karens or Terrys, but that wasn’t addressed in the study.

So first off, let’s define exactly what a sociopath is because, frankly, I don’t know the specific criteria for being a sociopath and we need to find out.

According to Psychology Today, folks who should know, “The defining characteristic of the sociopath is a profound lack of conscience—a flaw in the moral compass that typically steers people away from breaking common rules and toward treating others decently. This disconnect, however, may be hidden by a charming demeanor.”

Seems low, but they would know, right? On to the study.

It was conducted by Professor Fabiano Koich Miguel and his colleagues at the Universidade Estadual de Londrina, reports The Daily Mail.

The study involved surveying 1,578 adults about their compliance with COVID-19 safety measures. These people were divided into two groups based on the results of several personality tests – an empathy group and an anti-social group – depending on how they responded.

The empathy group “displayed an interest in understanding other people’s feelings and motivations.”

While the anti-social group “tended to look for ways in which their interactions with others could benefit them personally.”

The latter group “tended to minimise the seriousness of the pandemic,” according to the findings published in the journal Personality and Individual Differences.

The researchers said overall, their findings suggest ‘adherence to containment measures is more challenging’ for people with sociopathic traits.

‘Our findings indicated that antisocial traits, especially lower levels of empathy and higher levels of callousness, deceitfulness and risk-taking, are directly associated with lower compliance with containment measures,’ the researchers wrote.

‘These traits explain, at least partially, the reason why people continue not adhering to the containment measures even with increasing numbers of cases and deaths.’

The team also concluded that those with antisocial tendencies may pose a risk to themselves and others during the pandemic.

While this study’s results strongly matched another similar study conducted in Poland, Professor Miguel warned, “We cannot state that if a person chooses not to wear a facemask, the only reason is because they are a sociopath. Although this is possible, there are likely other factors involved.”

The study in Poland also found that in addition to sociopaths, people with psychopathic (more likely to commit acts of violence) and narcissistic (lack of empathy for others, need for excessive admiration) personality traits are also more likely to ignore coronavirus restrictions like wearing a mask, social distancing, and hand washing.

So somewhere around 10 or 11 percent of the population falls under one of those three psychological diagnoses, which, when extrapolated to the 328.2 million people in the United States 32.8 to 36.1 million people are likely to be against wearing a mask or social distancing, pandemic or no pandemic.

Now that number, sounds about right.

Naturally, not everyone agrees.

CTV thinks that I'm a sociopath for not wearing a mask.

I'll wear that like a badge of honour.#LyingPress #COVID19 https://t.co/qwDTiIegql

CNBC: Sociopathic traits linked to not wearing mask amid pandemic 👈Classic communist move, they are waging a psychological warfare to shame you into complying, calling you names: racist, fascist, now sociopath. https://t.co/SwggJHnqP8

Do sociopaths know they are sociopaths? Asking for a friend