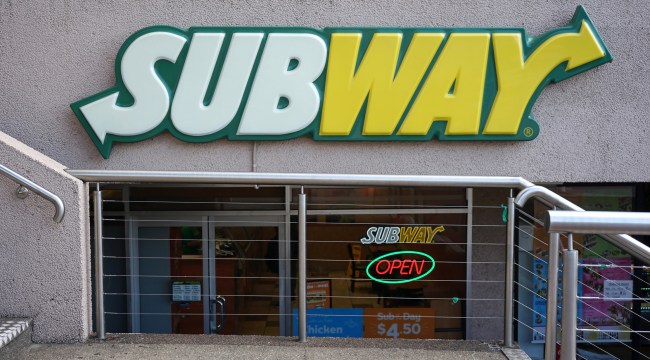 I might have some disconcerting news for anyone out there who’s been artificially inflating the length of something important: ladies are out here carrying rulers now and they’ll call you out on your bullshit. A 33-year-old named Karly Coulton swung into a Subway shop in Exeter for her very first Subway experience and after buying a $5 dollar 6-inch sandwich she was skeptical about the size of the sandwich.

It just so happened that she had a plastic ruler on hand, like the ones you had in elementary school, and she measured that subway sandwich and promptly called them out on their bullshit using Twitter. The sandwich measured around 4.5-inches, a far cry from the 6-inches she bought and paid for:

Just got back to the office with my £3.80 “6 inch” @SUBWAY (where I’ve never bought from before) and just bloody look 👀 as I thought, not 6 inches at all! I knew I knew my inches #rippedoff #Exeter pic.twitter.com/VKYi6X6Eto

Karly’s a broadcast journalist for Heart FM, and after her tweet went viral Subway actually responded to the 4.5-inch controversy in a statement:

“The goal of our Sandwich Artists is to always make a great sandwich for their customers.
“Bread that is baked fresh each day in the store can cause some variation, but in this case we acknowledge that the bread does not meet our standards for producing a Sub of consistent length.
“We apologize to the customer and request that she revisits her local store where the franchise would be happy to refund and replace the Sub.” (via Mirror UK)

It’s probably been a few years since the last time I went to Subway. I’m down in Florida and we’ve got the vastly superior Publix Subs. But I honestly don’t recall a time when I felt slighted by the size of a Subway sandwich. Maybe the bread looks scrunched up here or there, but I feel like this might’ve been an isolated incident where the Subway Sandwich Artist just made a very poor cut of the bread. Then again, I could be wrong and this could be a regular occurrence.