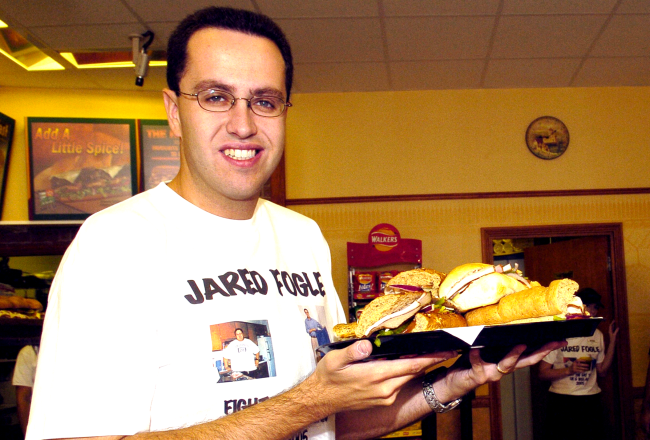 It been over six years since Jared Fogle, the former well-known spokesman for Subway, was sent to prison after taking a plea deal.

Fogle was busted for being a pedophile and when being sentenced the judge stated that the “level of perversion and lawlessness exhibited by Mr. Fogle is extreme.”

After being given a prison sentence of 15 years and 8 months, Fogle remained in the news on a semi-regular basis for getting beat up by his fellow inmates for being a pedophile has been radio silent for the past two years.

In a handwritten letter obtained by the New York Post, Fogle finally admits that his behavior was despicable and expressed some remorse.

“I really royally screwed up to wind up where I am,” Jared wrote, adding, “I was selfish and entitled.”

Prior to that, Fogle tried to get released from prison by ridiculously claiming to be a “sovereign citizen.”

Related: Jared Fogle’s Former Wife Speaks Out, Takes Subway To Task Over Their Handling Of Her Pedophile Ex

Now Jared writes that he thinks “about all the people I’ve let down every single day, especially my family.” The 44-year-old Fogle has an 11-year-old son and a 9-year-old daughter.

He added that he is still in great shape thanks to a “rigorous fitness” regimen.

“I run four to five miles every day and am the most healthy and in shape I’ve ever been,” Jared wrote. “We don’t have a lot of control over our daily lives in prison but working out is one of the things I can control. I currently weigh 180 pounds.”

He also spends time watching college football and NFL games, “which makes the weekends fly by.”

“I really miss the small things like walking barefoot on carpet, sleeping on a nice comfy mattress, eating with real silverware, having access to a microwave,” Jared wrote. “All I can do is learn from my mistakes to be a better man when I get released in a few years.”

Fogle, who according to prosecutors, used escorts to “provide him with access to minors as young as 14 to 15 years,” says he is very much looking forward to getting out of prison and “re-starting” his life.

That day won’t come any sooner than March 24, 2029 – the earliest possible day he can be released.