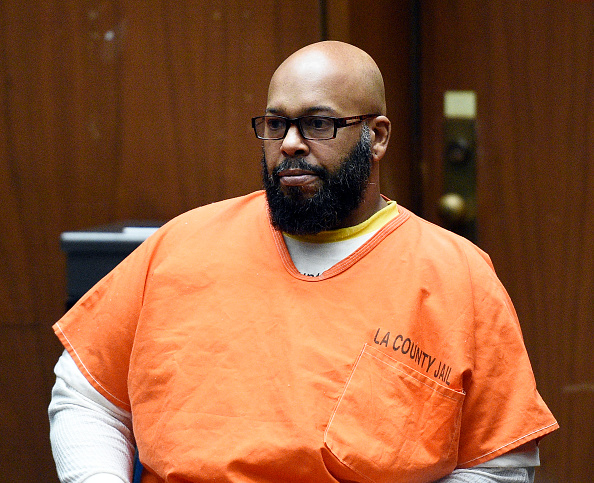 Marion “Suge” Knight plead no contest to manslaughter in connection with the death of a man during a hit-and-run incident. Suge Knight entered a plea of no contest to the charge of voluntary manslaughter in his murder trial of Terry Carter. Now the 53-year-old rap mogul faces up to 28 years in prison.

In January of 2015, there was a confrontation on the set of the movie Straight Outta Compton. That’s when Knight got so infuriated and used his Ford F-150 pickup truck as a weapon. Knight ran over Carter as well as Cle “Bone” Sloan, a security guard. Knight’s truck pulled into the entrance of a Compton restaurant near where the N.W.A. biopic was being filmed and ran over the two men.

Knight’s truck ran over both men and footage was captured by a security camera. Carter later died from his injuries he sustained during the attack in Los Angeles. Knight was pissed off at how he was portrayed in the Straight Outta Compton and even threatened the movie’s director F. Gary Gray last year.

Knight’s defense argued that Suge was defending himself because Sloan had a gun. The Death Row Records founder faced one count of murder for the death of Carter and one count of attempted murder of Sloan. Suge plead no contest to the charge of voluntary manslaughter after waiting for his trial for two-and-a-half years.

In California, the maximum penalty for voluntary manslaughter is 11 years in prison. However, Knight has prior convictions and his sentence would double because of the state’s three-strikes law according to the Los Angeles County District Attorney’s office. Suge faces an additional six years because Carter’s death is considered a “serious and violent” felony, plus one year for a deadly weapon — the Knight’s pickup truck.

The judge told Suge that there was a possibility that he would be deported if convicted, which Knight found hilarious and then cracked a joke. “So, ICE can come and get me,” Knight said while laughing during the trial.

If Knight is sentenced to the entire 28 years, he would be 79-years-old when he is released from prison, which could be a life sentence. Knight helped launch the careers of iconic rappers such as Dr. Dre, Tupac Shakur, and Snoop Dogg. Suge Knight’s son, Suge Jacob Knight, is concerned about his father’s health condition.