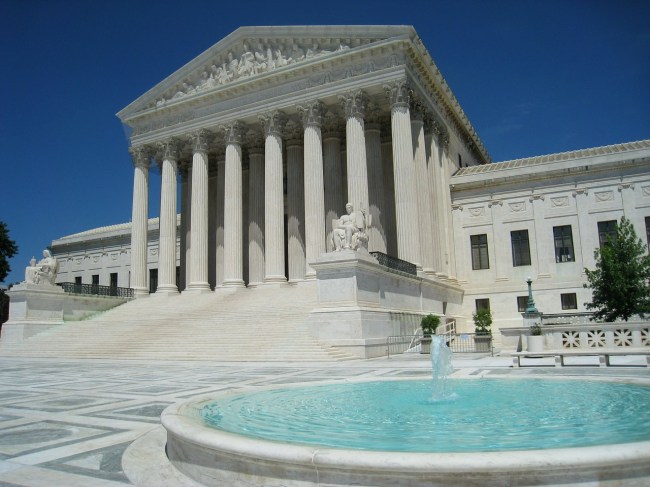 It’s been a couple of months since it became virtually impossible to conduct business as usual, and as a result, people around the world were forced to turn to virtual solutions in order to attempt to reduce the impact this current situation has had on our lives as much as possible.

If you weren’t familiar with Zoom before, you almost certainly are now, as businesses, schools, and technologically-inept parents have all turned to video conferencing in an attempt to keep people connected now that being within close proximity of others is extremely frowned upon.

However, it’s safe to say the transition has been far from seamless. Sure, you might not have to wear pants when you work from home, but as one news anchor learned the hard way, it’s easier than ever for the entire world to see that you aren’t if you’re not keeping tabs on where your computer’s camera is pointed.

When you consider any law passed by the federal government traditionally requires hundreds of people to gather together in the Capitol to cast a vote, there were questions about what Congress would do to address the logistical hurdles that it’s currently facing—especially when you consider officials currently lack the number of tests they need to screen every Senator prior to an in-person vote.

While some members have pushed for a remote option, the calls haven’t led to any changes being enacted. However, the same can’t be said for the Supreme Court, which made history earlier this week when its relatively secret oral hearings were broadcasted to the masses for the first time when it began to hear arguments facilitated by a conference call.

One of the cases on the docket on Wednesday was Barr v. American Association of Political Consultants, which concerned a challenge to a law banning robocalls. While the majority of the discussion was mundane enough to make a vote on an agriculture bill on CSPAN seem like electric television, things took a twist—or perhaps I should say a “swirl”—at the end of the live stream when attorney Roman Martinez had his argument interrupted by the sound of a toilet being flushed.

Unlike basically everybody who was listening to it on the internet, no one on the call acknowledged the noise and it’s unclear exactly who the culprit was.

I know there’s nothing more embarrassing than spending ten seconds responding to a question before realizing you’re on mute but I’ll take that every single time over accidentally revealing I was dropping the kids off at the pool—especially if the most powerful members of the American judiciary were on the other end of the line.