Sylvester Stallone Wants To Reboot ‘Cobra’ As A TV Show, Has Plot For New ‘Rocky’ Movie And Gives ‘Rambo 5’ Update 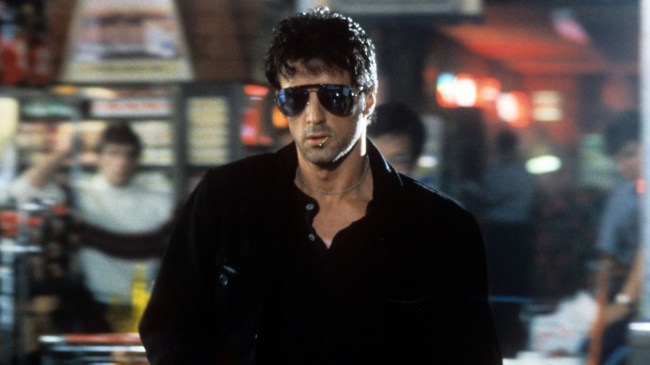 Sylvester Stallone is not about to stop milking every single one of his cash cow movies from the 70s and 80s. Stallone, who is getting ready to release his fifth Rambo movie, reveals that he has an idea for another Rocky movie and wants to reboot Cobra as a TV show. Find someone who will love you half as much as Sylvester Stallone loves rebooting his old movies.

Stallone gave an update on Rambo 5 this week. Rambo V: Last Blood, which is supposed to be the last of the franchise, features John J. Rambo finished serving in Vietnam, Afghanistan, Thailand and Burma. Now he’s a peaceful rancher in Arizona dealing with his PTSD from his many military deployments.

But things take a turn for the worse for Rambo when his friend’s granddaughter goes missing after going to a party in Mexico. Rambo heads to Mexico to find the missing girl only to discover a violent sex-trafficking ring. Stallone gave us some insight into what the next chapter of Rambo will be like.

“In every film, Rambo never goes home, he goes out to the jungle or Afghanistan,” Sly said in an interview with Deadline at the Cannes Film Festival. “In the new one, he does come home, but in a way he never arrives. He’s there, but he’s not. That’s what the whole story is built around. As soon as he walks outside his door, he has no more control. The world controls you.”

“We pick it up, he’s out in this storm, a horrible storm. He’s trying to rescue people. There’s a flash flood. One guy goes up by horseback, he volunteers to save people,” Stallone says of the upcoming Rambo film.

“He’s still dealing with survivor guilt, because he couldn’t save his friends in Vietnam,” Stallone explains. “A result of PTSD. He has a hard time. He has a beautiful ranch, but he lives underground. This is how he deals with his dilemma. There’s something subterranean in Vietnam. He has an adopted family there. His father has passed on. The housekeeper who is 70 has a granddaughter. He’s her surrogate father.”

“Bad things happen,” says Stallone, “There’s going to be some serious vengeance in this movie. A lot of people getting hurt.” Stallone shared a bloody new photo from Rambo V: Last Blood on his Instagram. The movie hits theaters on September 20, 2019.

Stallone also said he wants to revive the 1986 movie Cobra because why the hell not? Stallone wants to reboot Cobra and bring Lieutenant Marion “Cobra” Cobretti to the small screen. Stallone is interesting in remaking Cobra as a TV series for a streaming service.

“That (conceit) was what if Bruce Springsteen had a gun?” Stallone said during a Q&A. “That was rock n’ roll meets drama. That should have been another franchise because that character was so cool. And I blew it. My personal life got in the way. But we’re trying to bring it back as a streaming TV series. Bring out the zombie squad. I’m long gone, but the idea is really good.”

The “zombie squad” is a fictional police force of the LAPD that takes on criminals who are considered too violent or unpredictable for the regular cops. Cobra made $160 million at the worldwide box office, but never got a sequel, a rarity for a Stallone movie. Who wouldn’t want to see Cobra telling some punks: “You’re the disease, and I’m the cure.”

While everyone thought that Stallone was done playing Rocky Balboa after Creed II, Sly has other ideas. Stallone not only wants to bring back Rocky Balboa, but he also wants to make a new Rocky movie.

“I have a great idea for Rocky. He finds this fella in the country illegally and it becomes a whole thing,” Stallone said. “It’s like the magician who lost his tricks. You’ve seen everything, but what can be different? Throw him out of the country, he’s in another world.”

What do you think, should Stallone keep pumping out these action movies based on movies from decades ago?