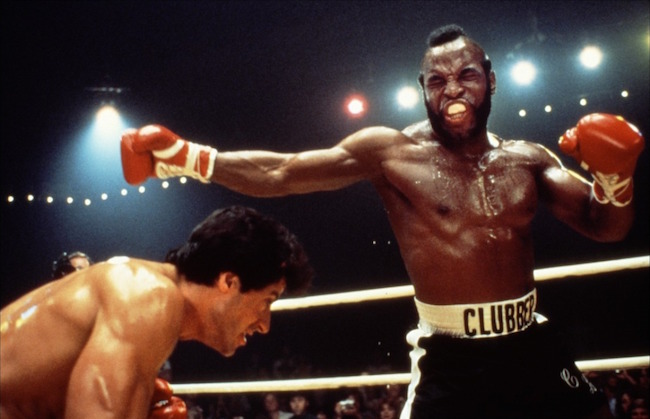 It’s no secret that certain actors will go an extra mile or two when it comes to preparing for a role. Christian Bale relied on a diet of apples and cigarettes while dropping 60 pounds for The Machinist. On the opposite end of the spectrum, Rob McElhenney relied on a strict regimen of donuts and protein shakes to get “into shape” as Fat Mac for a season of It’s Always Sunny in Philadelphia.  Some people will really do anything for their craft.

One of those people is Sylvester Stallone, an actor best known for the Rocky movies and for his uncanny ability to deliver lines in a way that make him sound like a man who’s been hit in the head a few too many times— even when the movie has nothing to do with boxing.

You might not think of Stallone as a serious actor, but that doesn’t mean he doesn’t take his roles seriously. He recently shared a picture of himself on the set of Rocky III along with a lengthy explanation of the story behind it that will make you appreciate just how much work he put into making the movie.

There’s a lot to digest here. There’s Stallone’sincredibly impressive humblebrag about his body fat. There’s the depressingly disgusting diet of tuna and brown rice cookies that no one deserves to experience. There’s the 25 cups of coffee a day, which is about six times the recommended maximum amount of caffeine of person should consume in that amount of time.

But my favorite part has to be doing a headstand to get the blood back to his brain. To paraphrase the aforementioned Mac, that doesn’t sound right, but I don’t know enough about headstands to dispute it.

There’s no way I can come up with a better ending to this post than coming full circle like that, so I’m just going to call it quits.