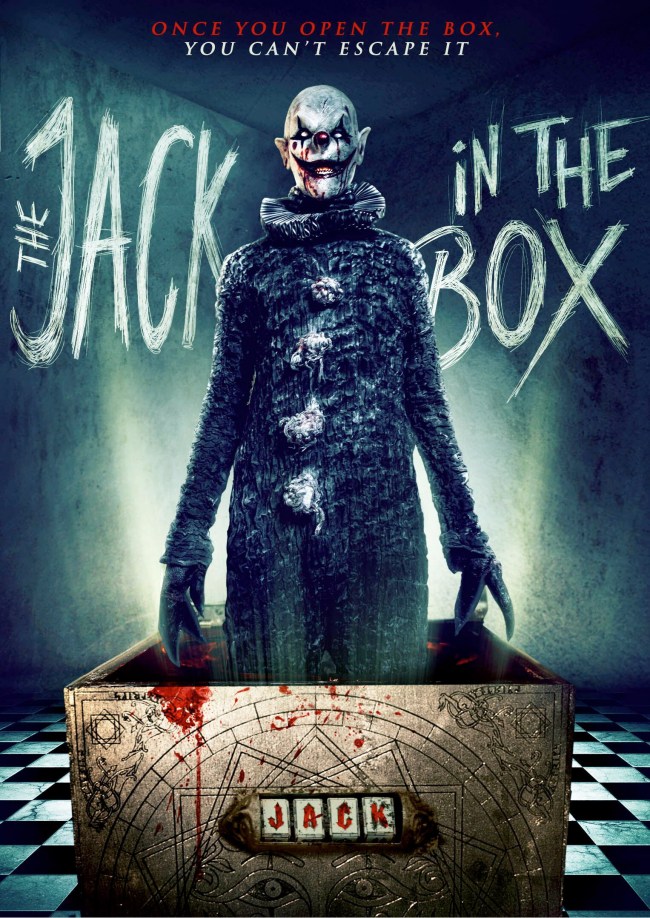 Everyone has different ways of coping and passing the time during this seemingly endless self-isolation period in which the world currently finds itself.

Some, especially basketball players it seems, shoot their shots at people they’d really like to get with (but currently can’t).

Others kill time by taking up a new workout or exercise plan, or learning a fun new skill.

Many, probably most people in fact, spend their self-isolation binge watching documentaries, TV shows, and movies.

Breaking that last one down even further, there is a subset of people who choose to have the living hell scared out of them watching obscure horror movies. Clownado anyone?

Related: The Trailer For Clown Horror Film ‘Terrifier’ 100 Percent Lives Up To Its Name

Speaking of clowns and obscure horror movies, if you’re into that sort of thing, today is your lucky day. Introducing… The Jack-In-The-Box.

When a museum is donated a vintage Jack-In-The-Box, it s not long before staff member Casey starts to think that the creepy clown doll inside has a life of its own. As he discovers his colleagues are dying, one by one, Casey realises it’s up to him to find a way to end the nightmare or become another victim of the box’s curse. The Jack-In-The-Box is a heart stopping horror that will fuel your fear of clowns.

Related: Here Are 10 Movies To Watch If You Really Wanna Just Freak Yourself TF Out

Yep… some evil genius went and combined two of the scariest things on the planet: clowns and dolls.

Related: 100 People Walked Out Of New Horror Movie At Cannes Film Festival Because It Was Too Intense