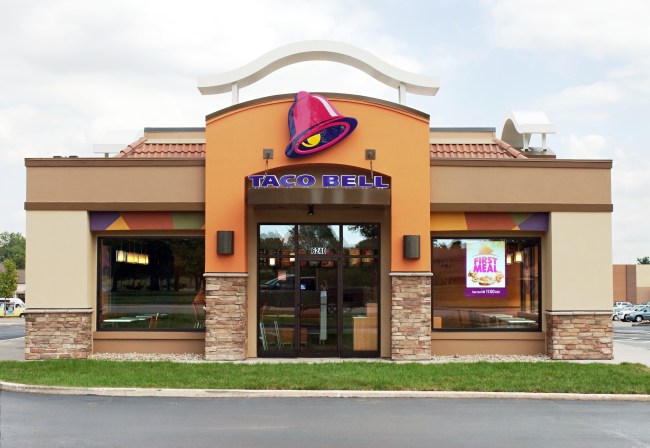 On the East Coast of America if you want late-night tacos the only real option you have is Taco Bell. We don’t have Taco Cabana, Del Taco, or El Pollo Loco. We’ve got Moe’s Southwestern Grill and Qdoba that both close pretty early.

The 2018 Harris Poll which surveys tens of thousands of Americans on their favorite brands is out and it’s turned up some interesting results. Taco Bell was named as America’s favorite Mexican restaurant.

Also surprising on this list was Krispy Kreme being ranked as America’s favorite coffee shop. I don’t think I’ve been inside of a Krispy Kreme since 2005 and didn’t even know they sold coffee.

According to AZFamily, Taco Bell has 7,000 locations across and brings in over $2 billion in revenue each year. So maybe this is a straight-up numbers game for them. Open so many Taco Bell locations that we the people have no choice but to eat Taco Bell and be miserable about it.

When it comes time to vote on our favorite Mexican food restaurants we can’t think of any other brands because there are just so many damn Taco Bells in the world.

CHECK IT OUT: Taco Bell Turns Up The Heat With New Rattlesnake And Reaper Ranch Fries, But The End Is Near For Nacho Fries

Here are some highlights from the 2018 Harris Poll:

I crushed some late night Taco Bell a few weeks ago after leaving a concert in Atlanta fully knowing that the following morning I wasn’t going to feel good about my decision to gorge on tacos. I woke up and felt like crap.

The details of the night were hazy but I saw two empty bags of Taco Bell on the ground and it clicked, I knew why I felt like garbage. My drunken choice to eat Taco Bell left me feeling rough in the morning (the hangover didn’t help) and now I’m sitting here, completely flummoxed, wondering how soooooooo many Americans put them through this sort of torture when they’re sober?!

READ NEXT: Move Over Doritos, Taco Bell Is Selling Their Own Line Of Hot Sauce-Flavored Tortilla Chips

We need more quality options when it comes to Mexican food. You won’t find Taco Bell locations in Mexico because it’s the most Americanized version of Mexican food possible. It’s closer to a TV dinner than it is authentic Mexican food. Why can’t some billionaire just pony up and open the next great late-night Mexican food chain? If I had a few billion dollars in the bank I’d go all in on this.

The 2018 Harris Poll is actually a really extensive study. If you want to check out the full results you can click here to see them all.