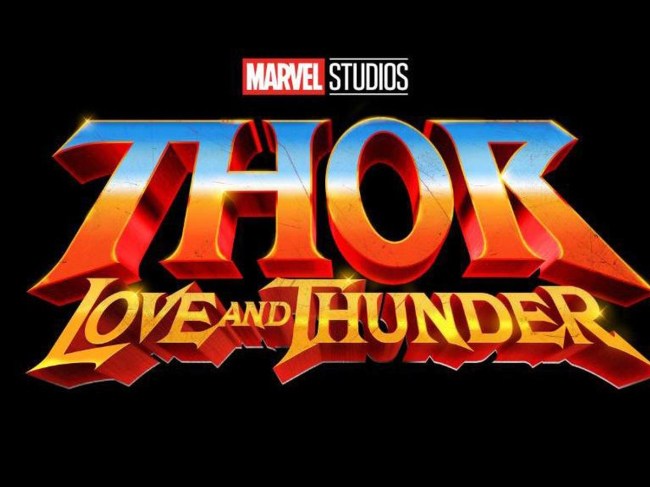 Of all of Marvel Studios’ (recently rescheduled) Phase 4 films, the one that I remain most excited for is Thor: Love and Thunder, as it marks now-Academy-Award-winner Taika Waititi’s second crack at the character after the massive, franchise-saving megahit that was Thor: Ragnarok.

While the current global situation may mean we have to wait a little longer for the film than we originally planned, the glass-half-full version of that reality is that it simply gives Waititi and the Marvel team more time to flesh out the director’s assuredly bonkers vision for the next Thor film, who will become the first MCU character to star in four solo outings.

On Thursday night, Waititi hopped on Instagram Live with Tessa Thompson to preview Love and Thunder, as he shared some concept art, talked about his plans for the characters, and even discussed whether or not iconic Marvel Comics character Silver Surfer will appear.

Waititi began his live stream with a look at some concept art for the larva-like alien Miek in Love and Thunder. Thor’s recent compatriot and former flat-mate, as seen in Avengers: Endgame (2019), will receive a new suit of body armor in the film. The helmer also revealed that the character is female and showed another rendering of the character in a pencil-skirt, which may or may not have been a joke. Underneath the concept art was a joke script for Love and Thunder that featured the return of Tony Stark from the dead.

Another glimpse of concept art depicted a look at New Asgard, formally the Norwegian village of Tonsberg. Earth and Asgardian architecture have merged together, and a fleet of Viking ships looked ready for Valkyrie command. Waititi admitted that he’s a fan of Beta Ray Bill, but wasn’t sure if he would appear in the pic, though he later mentioned that he was on the fifth or sixth draft of the script. He confirmed that Silver Surfer will not be in the film, but wouldn’t comment on who Christian Bale was portraying. Similarly, his lips were sealed on whether Tom Hiddleston’s Loki, set for his own Disney+ show, will show up in the movie. [via The Hollywood Reporter]

Taika Waititi explains that the 'Thor: Love & Thunder' script feels 'so over the top in the very best way' and it makes 'Ragnarok' feel like a 'very safe film'

Even Tessa Thompson was shocked 😳

Fans will be also glad to hear that Waititi said that his own character, the fan-favorite Korg, will have a larger role in the sequel.

Obviously, considering the fact that Academy Award-winner Christian Bale is set to join the cast as a still-unnamed character, Thor: Love and Thunder is already shaping up to be one of the unique films in the Marvel Cinematic Universe.

At this time, Thor: Love and Thunder — which is set to see Natalie Portman return as Jane Foster in addition to Bale’s MCU debut — is set to hit theaters in the United States on Friday, November 5, 2021.