Taiwan Has A Fantasy Flight Experience That Never Leaves The Ground, Complete With Airport Security 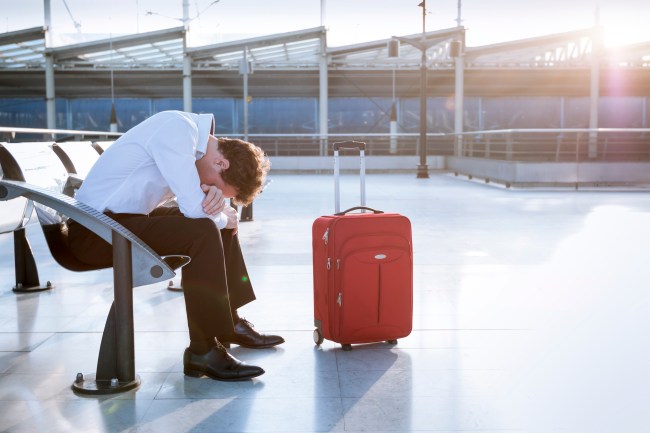 If you’re in Taiwan and you’re longing for the miserable experience of air travel, without the benefit of actually experiencing a different country/culture, good luck. A select few (66) were chosen to enjoy the perks of simulated air-travel buildup. That’s right—the before, not the after or the during.

Some residents have found comfort in boarding a flight that didn’t take off, just to revisit some memories and plan for the day when they can fly again.

Participants won a lucky draw held online, with each allowed to bring a guest, putting the total number who boarded at 66. As with normal flights, they had to check in, obtain boarding passes and go through immigration and security procedures before being allowed on the plane.

“People who want to fly abroad have long been suffering,” said Wang Chih-ching, deputy director of the airport.

Yes, Wang, I’m sure they’re suffering. But (hopefully) they’re suffering for the right part of international air travel: the destination, the sightseeing, the food, the overall experience of being in a foreign country. You’re not quenching the wanderlust of these would-be passengers by letting them wait in a security line, endure fake delays at the gate, and eventually sit on a stagnant airplane. That’s like giving someone who hasn’t had sex in decades the experience of the three pointless dates that lead up to it. Only the dates. Only the stupid, safe conversation, the dinner and drinks bills, and maybe the confusing, stressful text message exchanges.

Does that make sense as an analogy? That was tougher to formulate than I thought. Let’s try this:

It’s like giving someone who recently lost their father to an illness—some poor soul who just wants to see their dad one more time—a hologram rendering of their dad to talk to. Except the hologram dad is shitfaced, belligerent, and abusive.

Yep. Should have left it with the sex parallel.