‘Ted Lasso’ Is Smashing All Sorts Of AppleTV+ Records 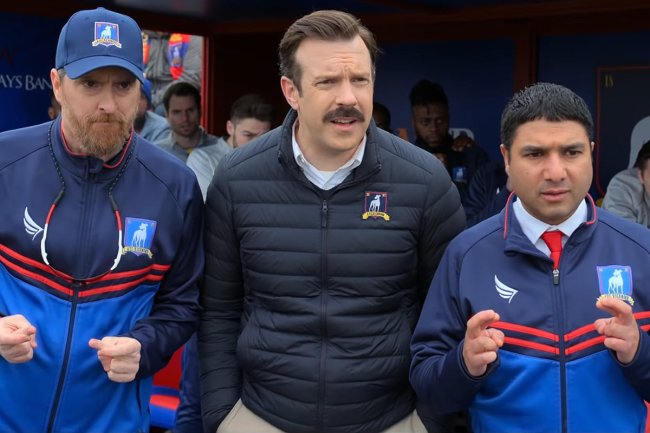 Fresh off of scoring 20 Emmy Award nominations, the most-ever for a freshman comedy, the season two premiere of AppleTV+’s hit comedy Ted Lasso is breaking all sorts of records for the streamer.

According to Apple, the Season 2 premiere episode racked up the biggest audience of any original film or TV show on the streaming service to date. Specifically, the episode “tallied more Apple TV Plus accounts that streamed the S2 premiere on Friday, July 23, and over its opening weekend (July 23-25), than any previous launch.”

Apple is still not releasing any actual numbers of viewers. Streaming services have been reluctant to release hard figures for competitive reasons; when they have those a typically cherry-picked to tout successes.

Ted Lasso may be the biggest show to date on Apple TV Plus, but that may not mean much in the context of the SVOD service’s total user base.

All that said, Apple — similar to the likes of Netflix — is still not disclosing specific viewership data for Ted Lasso.