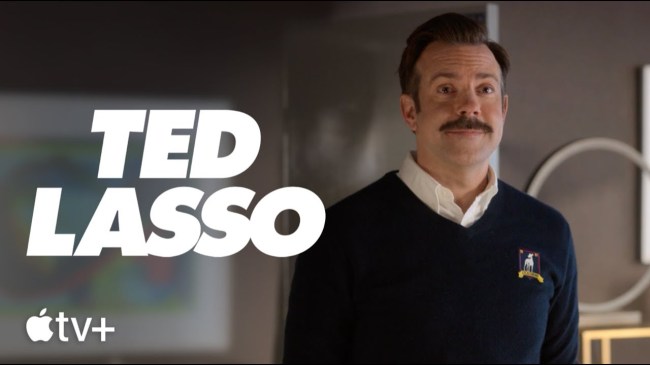 Rarely has a series lived up to its own hype the way Ted Lasso has. Talk to anyone who’s binged season one and they’ll be full of breathless praise for the series, likely using some combination of “it’s just so good” and “you just have to watch”.

And frankly, that’s the best way to describe Ted Lasso: in order to understand why everyone raves about it, you just have to watch. Sure, I could sit here and try to describe how the undying decency in Ted Lasso’s heart is what informs and propels the series as a whole, using that center of goodness to serve both the storylines and the punchlines, but that’s now how television is meant to be consumed. I’d much rather you just signed up for AppleTV+ yourself so you could learn about the joy of Biscuits with the Boss on your own.

So, with season two now on the horizon (and a third season already greenlit), allow us to be the final person to say this to you: go watch Ted Lasso, we promise you won’t regret it.

Picking up where season one left off, season two of Ted Lasso will see Ted, Coach Beard, Nathan, and the rest of the AFC Richmond Greyhounds attempt to earn promotion out of the Championship and back into the Premier League. And, of course, season two will see the return of Ted Lasso’s trademark: overwhelming kindness.

I, for one, am absolutely shook. pic.twitter.com/c0Pb6pSVa6

Season two of Ted Lasso will premiere on AppleTV+ on July 23. All ten episodes of season one are also currently available to stream exclusively on AppleTV+.