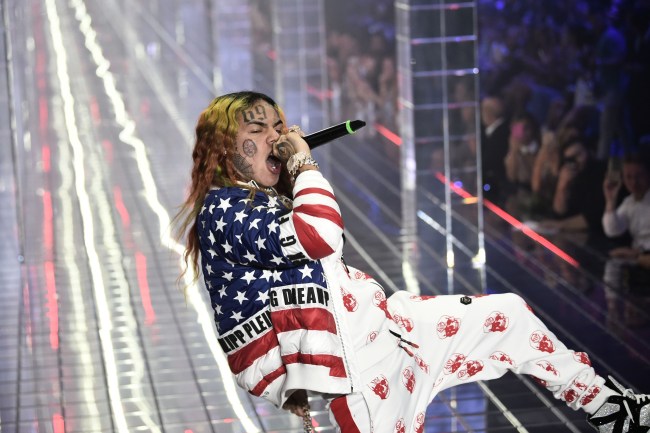 On Sunday, the world’s preeminent Snitch celebrated his first day off house arrest and the completion of his 24-month prison sentence by galavanting around his old neighborhood in Bushwick, Brooklyn like he didn’t publicly cross one of the most violent street gangs in America.

The 24-year-old, whose lawyers even admit are scared for his life, was accompanied by a team of security guards as he inconspicuously hosted an Instagram Live session defending his decision to travel with a security blanket while also throwing low-key disrespect the late Nipsey Hussle and Pop Smoke.

This is direct disrespect of Nipsey Hussle. Sickening, mocking his killer kicking him in the head 🤮 I swear anybody from ‘the culture’ who does anything with 6ix9ine 🗑 pic.twitter.com/A8JeJw71Ot

“A lot of people wanna say, why are you always around a whole bunch of security?” 6ix9ine said. “Why is your favorite rapper dead right now with bullet holes in his face? Fuck is you talking about?” 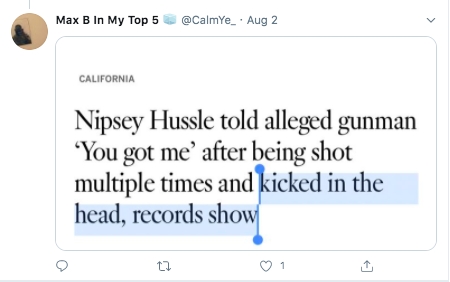 He also made reference to Pop Smoke‘s song “Snitching” which was admittedly inspired by 6ix9ine, by claiming that Smoke should “stop dissing him from hell” and that he “should’ve had security.” [via Complex]

If Pop smoke got killed in his house, If Nipsey got shot in front of his own store and X got shot in his own whip what makes you think you safe goofy ass FUCK 6IX9INE https://t.co/D1fPxZyRf7

Tekashi also found time and courage to attend the Garden State Plaza mall in New Jersey with his team of diligent security. Scroll over to the second video in the post below to see Tekashi’s security hard at work.

#PressPlay: Looks like #Tekashi69 tried to get some shopping done at a mall today 👀 (📹: @johnnymeetscage)

Tekashi then debuted the new music video for Punani which he recorded for with a large group of people standing in the street, ordering at a McDonald’s, driving and sitting on top luxury moving cars around New York.

“WHO SAID WE AINT OUTSIDEEEEEE,” he wrote in a post announcing the video. “BROOKLYN THIS MY TOWN NEW YORK THIS MY CITYYYY YOU HEAR ME!?!?! KING OF (expletive) NEW YORK YA COULD NEVA DO WHAT I DID AND BE OUTSIDE DUMMY!”

Say what you will about the dude, but you cannot say that he isn’t a masterful troll. Maybe the best in the game.

#6ix9ine got chased down 😂 pic.twitter.com/HpL1wcguwC

Tekashi may want to take Nipsey’s advice and not play with the streets. Not happening.