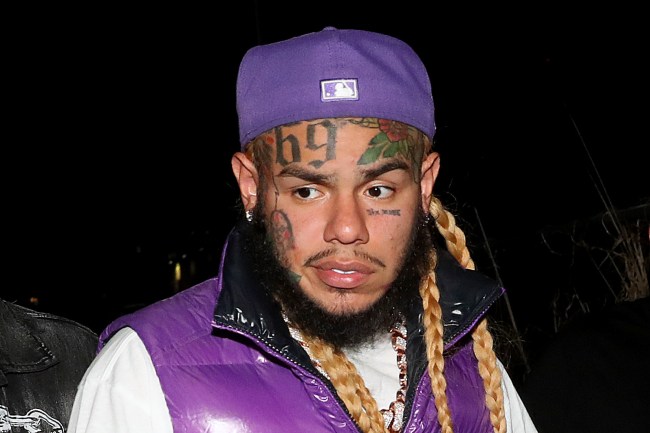 The older brother of rapper Lil Durk died this weekend after being shot in the head outside a Chicago club, TMZ reported.

Dontay Banks Jr., who goes by the stage name OTF DThang, was found deceased on the 7900 block of S. Loomis Blvd. in Chicago at just 32 years old.

Tekashi 6ix9ine has been at war with several Chicago rappers, including Lil Durk, Lil Reese, and Chief Keef, didn’t hesitate to chime in on the tragedy with a social media mockery campaign that likely caused his army of security to punch in for overtime.

Screenshots courtesy of All Hip Hop: 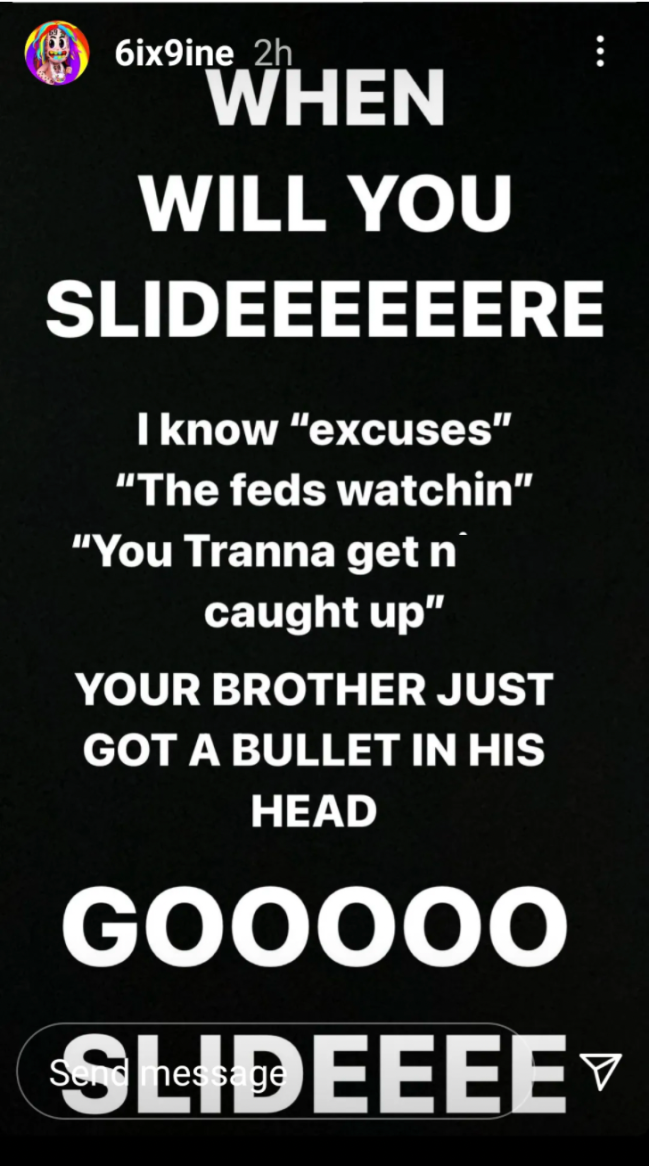 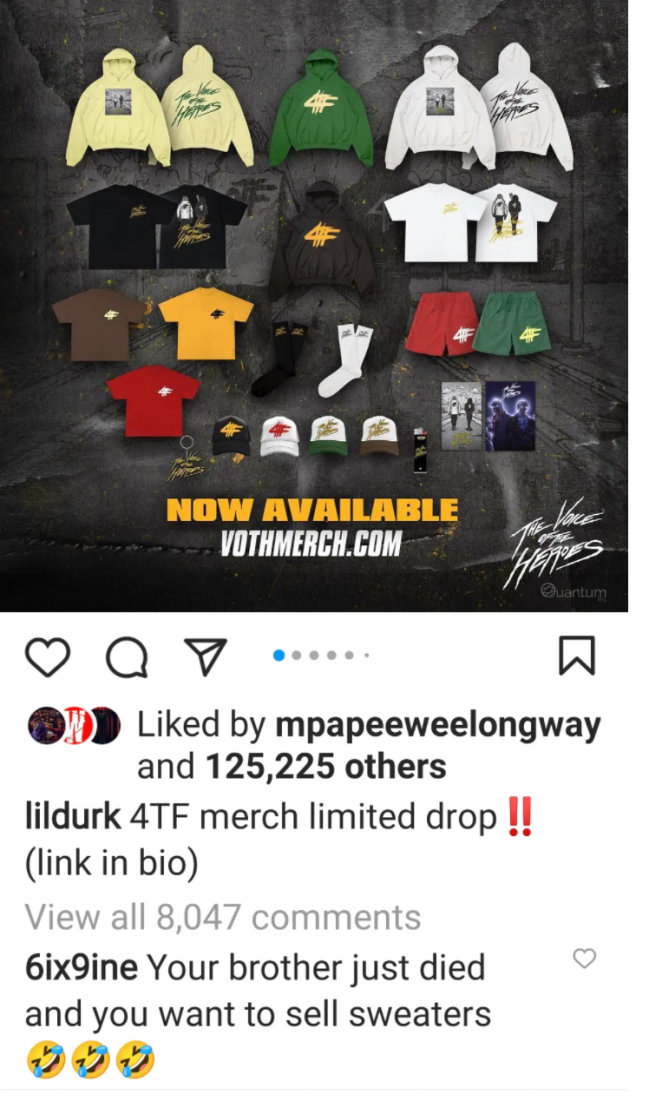 The disrespect comes less than one month after the Brooklyn rapper mocked Lil Reese after he was shot in Chicago and seven months after 6ix9ine danced on the grave of Chicago rapper King Von in the immediate aftermath of his death outside an Atlanta nightclub.