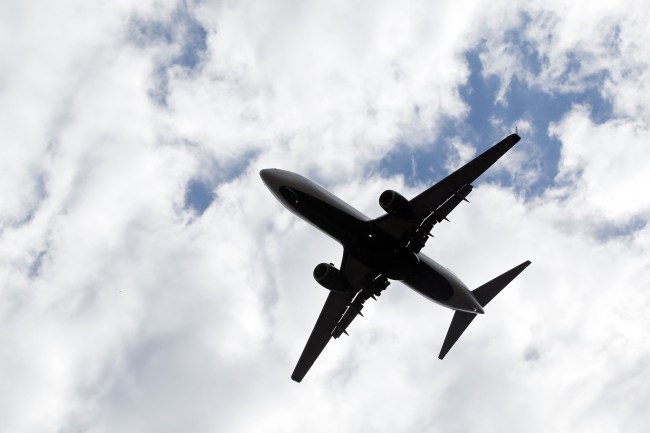 Passengers on United Flight 328 going from Denver to Honolulu experienced a terrifying situation when the plane’s engine caught on fire while still in the air.

On Saturday afternoon people in the Denver area noticed a plane dropping debris from the sky.

Police in Broomfield, a city about 20 miles north of Denver, released a photograph of a circular, automobile-sized piece of debris next to a local house.

Authorities told ABC News the debris came from United Flight 328, a Boeing 777-200, which departed from Denver around 12:15 p.m. local time and was headed to Honolulu.

The plane experienced “a right-engine failure” shortly after takeoff, so it turned around and landed safety back at Denver International Airport, according to a Federal Aviation Administration statement.

@broomfieldnews @BroomfieldPD @9NEWS we were at the dog park when we heard the loud boom from the airplane and pieces of the plane started falling pic.twitter.com/9nRg3UgUmV

JUST IN: Denver International Airport officials tell us United Airlines Flight 328 bound for Honolulu returned to the airport after an engine problem. Neighbors heard a loud boom, took these photos of what look like Boeing 777 engine nacelle in their yards. pic.twitter.com/mklpz3VG4F

One video from inside the plane shows the engine on fire while mid-flight.

Flight 328 @united engine caught fire. my parents are on this flight 🙃🙃 everyone’s okay though! pic.twitter.com/cBt82nIkqb

Eventually, the plane returned to Denver airport and everyone was okay.

This is the moment United flight 328 landed in DIA

You can see damage to right engine.