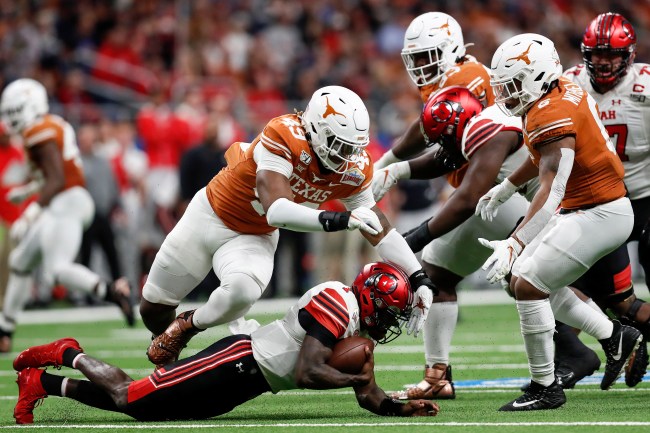 UT-Austin will kick off football season on Sept. 5 with its stadium at 50% capacity. https://t.co/KN779Img9T

Today in “things that won’t happen,” UT Austin’s athletic director announced the season will move forward on September 5th, with the stadium limited to half capacity.

Texas Tribune– While both NCAA and Big 12 Conference officials have yet announce firm decisions on how college football will proceed as schools grapple with the pandemic, Texas athletics director Chris Del Conte sent an email Monday to season ticket holders announcing the season would move forward as planned.

To align with capacity restrictions designated by Gov. Greg Abbott earlier this summer, Del Conte said seating at the Darrell K. Royal – Texas Memorial Stadium will be reduced to 50% to facilitate social distancing, meaning around 50,000 Longhorns could potentially be seated in stands next fall.

Stuff like this makes me understand how Texas pushes for secession every decade or so. Texans simply live in a different universe. If you still think college football is happening this fall, let alone in front of 50,000 fans, let alone in the state with the 4th highest number of cases (and climbing), you’re smoking something. Hook ’em.