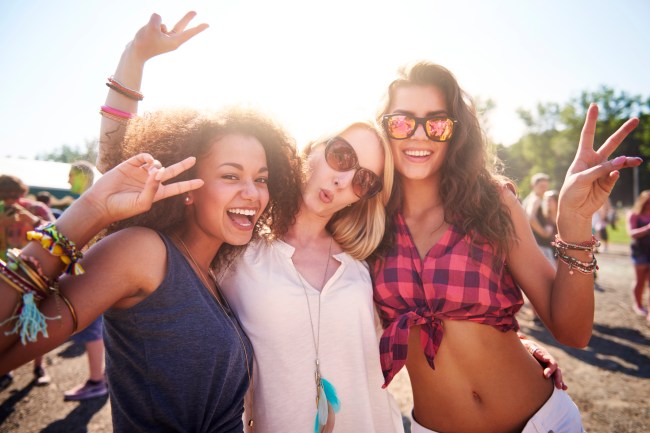 What’s happening at Texas Tech. Side note, I do not know this girl but she was brave enough to post this for others to see! If you are selfish like this with no regards for others safety, fuck off! pic.twitter.com/8K3G85Zkxk

Whoopsies! That’s how you get… expelled. Seriously, colleges are expelling kids right now for exactly this sort of thing, and for good reason. It’s one thing to unknowingly spread COVID on campus because you’re out and about, having a good time, asymptomatic and tossing your backpack around like it’s full of hope and secrets; it’s another thing to go to a party KNOWING you have it, not care at all, and make out with all four punters on the football team. Not saying she did, but can’t say she didn’t. Either way, she caught the eyeballs of the dean, and that’s never fun:

TMZ– The university’s dean of students says they received a report and are aware of the video, and it’s being investigated.

Some of the tweet responses are saying she was just kidding, she doesn’t have it. Cool. Still her fault for posting the dumbest, most self-incriminating video of all time.

As far as kids going back to school, I really thought kindergartners would be the most likely spreaders. They’re always sticking their fingers in each other’s mouths and ears, patting each other, passing around stringy strands of saliva, eating each other’s playdough… they’re out of control. But college kids are effectively telling kindergartners “hold my beer, kid” and taking the reins of indifference to a new level. MASSIVE clusters of COVID popping up on campuses from

Not to be outdone, our college students are simply refusing to adjust to the new reality. Not on your life! They have four short years to smash Natty Lights into their skulls and then drink the spew from the fissure in the can—one of the most inefficient, wasteful methods of drinking. You think the CDC can tell them to take a year off from their beer-crackin’ adventures? How dare you.

The original poster of the vid definitely did her part to get the word out. But just to be sure…

Yeesh. 928,000 views on that tweet Taylor. Fairly sure the school would have seen it. But thanks for going the extra mile…