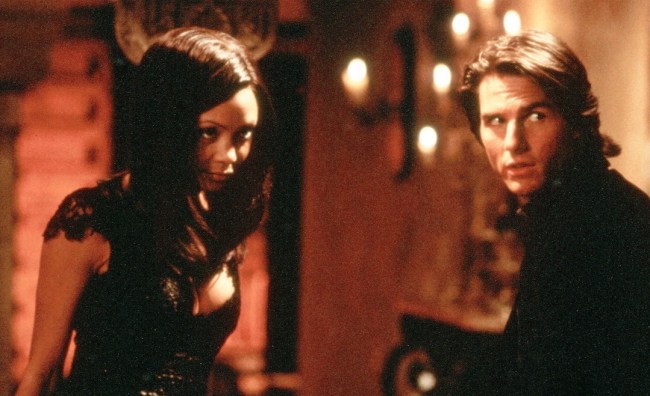 Is anyone still watching Westworld? What a disaster. I absolutely loved season one and tolerated season two, but this third season was so atrocious that I bailed after only a handful of episodes. Simply could not do it anymore. When you find yourself routinely checking the time, wondering how much longer you need to sit there and watch an episode, then you know your mind is officially checked out on a series.

That said, if there was one redeeming quality about the series, its Thandie Newton’s performance as Maeve, who was quite literally the only character worth caring about on the show. It should come as no surprise that Newton’s acting was one of the series’ strongest aspects, as the BAFTA and Emmy Award-winning actress has been starring in a wide variety of projects for the last 30 years. This brings us to the point of this very article: one of those projects, 2002’s Mission Impossible II, is making news today after Newton shared her experience working with Cruise.

In a recent interview with Vulture, Newton detailed what can only be described as her surreal experience working with the eccentric 58-year-old American icon. While Cruise tries “superhard” to be a nice person, she was “so scared” of him, and his giant nose pimple, all the same.

“I was so scared of Tom. He was a very dominant individual. He tries superhard to be a nice person. But the pressure. He takes on a lot. And I think he has this sense that only he can do everything as best as it can be done,” Newton said.

“I remember at the beginning of the night, seeing this slight red mark on his nose, and by the end of the night, I kid you not — this is how his metabolism is so fierce — he had a big whitehead where that red dot was. It would take anyone else 48 hours to manifest a zit. I saw it growing, and it was like the zit was me, just getting bigger and bigger. I remember calling Jonathan Demme. I described the night to him: ‘A nightmare.'” [via Vulture]

Hollywood, man – you really can’t make this shit up.