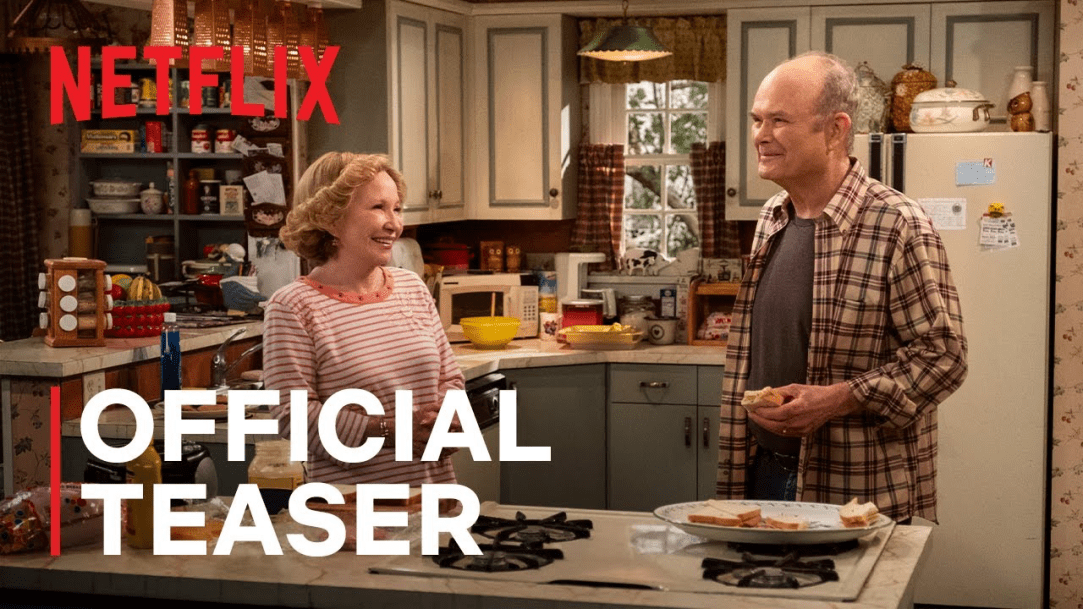 Seeking to capitalize on another decade of nostalgia, Netflix is launching That 90’s Show. As you’ve already figured out from the name, it is a reboot of That 70’s Show and it features some familiar faces.

The first teaser trailer for That 90’s Show just dropped. It stars Red and Kitty Foreman and the iconic basement that remains unchanged.

The basic premise is Red and Kitty’s granddaughter is staying with them in Point Place, Wisconsin for the Summer. It’s set to be a classic ‘coming of age’ story but layered with 90’s nostalgia in the same way the original show was with the 1970s.

It will be the little details that really make this for the show. If Netflix wants to capture the original That 70’s Show audience who were mostly born in the 80s and know the 90s as well as anyone, they’ll need to be authentic.

So it’s good to see the opening frame featuring a rising garage door shows a car with an actual 1990 license plate. The clothing worn by the various characters will be huge for setting a proper 90s tone as well.

In addition to Kurtwood Smith (Red) and Debra Jo Rupp (Kitty), That 90’s Show features Callie Haverda who plays Leia Forman who is the daughter of Eric Forman and Donna Pinciotti.

Looking at the IMDB credits, it seems like the original cast will at least make an appearance as Topher Grace, Mila Kunis, Laura Prepon, Ashton Kutcher, and Wilder Valderrama are all listed. Danny Masterson will not appear for obvious reasons as he’s currently on trial facing rape allegations.