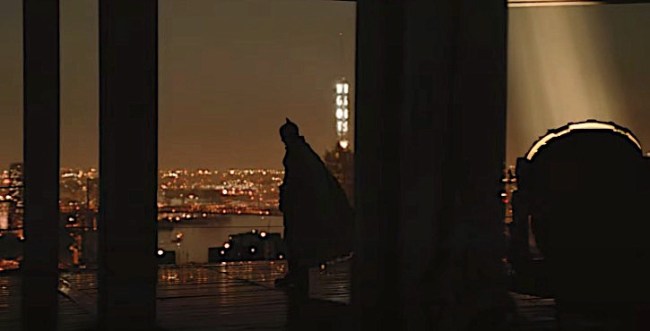 Look, I want to say this delicately: overtaking Christopher Nolan’s perfect The Dark Knight is a nearly impossible task. Hollywood has been trying for over a decade to surpass the heights set by that masterpiece and, frankly, hasn’t even come close (the closest the superhero genre has come is likely Logan and Avengers: Infinity War). But, with every new trailer for Matt Reeves’ The Batman, it’s becoming increasingly clear that it’s going to stand a real chance of reaching the levels of The Dark Knight. And here’s why: while an excellent superhero and supervillain movie, The Dark Knight isn’t necessarily all that great of a *Batman* movie. Hear me out.

Think about it: The Dark Knight is very, very much the Joker’s movie. You find yourself hanging on every word uttered by Gotham City’s Clown Prince of Crime, not its Caped Crusader. You wait with bated breath for Heath Ledger’s mesmerizing Joker to reappear on-screen, not necessarily Christian Bale’s Batman. What are your favorite scenes from The Dark Knight? They’re all Joker-related, I imagine.  The action,– particularly when it comes to “Batman-ing”, i.e., beating up criminals, grappling across rooftops, etc, etc. — is largely underwhelming in my humble opinion, and this is coming from someone who has The Dark Knight in their Top 5 favorite films of all time. The Batman, though — based on this latest trailer for the film — looks as though the “Batman-ing” will be its greatest strength.