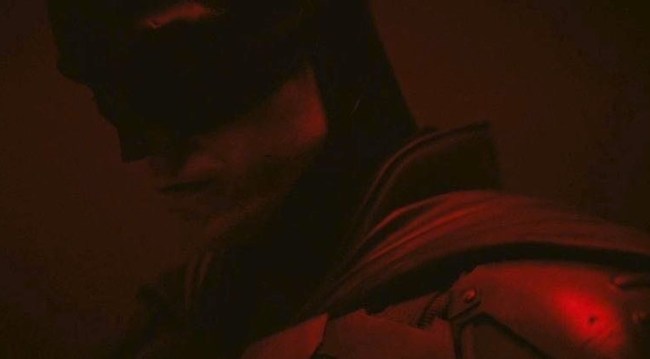 Director Matt Reeves (War for the Planet of the Apes) has dropped the first-look at Robert Pattinson as the legendary Dark Knight in 2021’s The Batman! Production on The Batman — which is set to be released in theaters on Friday, June 25, 2021 — began earlier this year.

The Batman marks Pattinson’s first time as the Caped Crusader as he takes over for Ben Affleck, who previously donned the cape and cowl in Batman v. Superman: Dawn of Justice, Suicide Squad, and Justice League.

The Batman, which has been described as more of a detective story than past Batman films, will feature a younger Bruce Wayne encountering iconic Gotham foes such as Catwoman, Riddler, and Penguin. According to The Wrap, insiders say the film will follow Wayne’s second year as the Dark Knight.

Reeves has described his film as a “defining” and “very personal” story about the Dark Knight, rather than an origin story in the vein of Frank Miller’s beloved “Year One” series. According to insiders with knowledge of the project, Reeves’ film will explore Bruce Wayne’s second year as the Dark Knight detective. [via The Wrap]

RELATED: The Four Things About ‘The Batman’ We’re Most Excited For

P.S. the good people of the internet have taken the liberty of making the video black and white, thus making the footage significantly clearer.

The Bat symbol appears to be made with pieces of a gun… possibly the one Joe Chill used to kill Bruce Wayne's parents 🦇#TheBatman pic.twitter.com/GbAnPU2Mwy

Pieces of the gun that killed his parents, that’s Metal AF pic.twitter.com/4rbnA5hM3D

OFFICIAL: First-look at Robert Pattinson as the Dark Knight in 2021's THE BATMAN 🦇pic.twitter.com/2UXrnIH55r