There Are Rumors That ‘The Batman’ Is Shooting For An R-Rating, Which Would Be Glorious 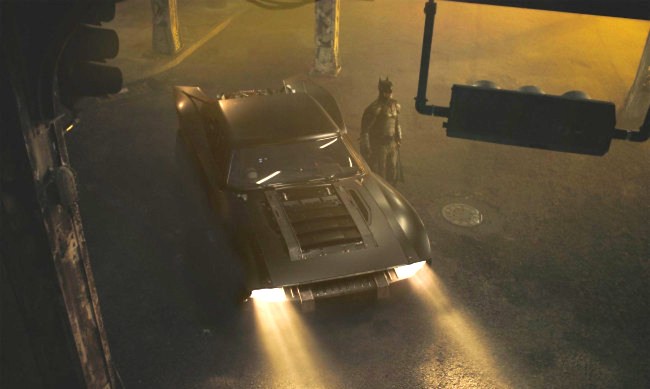 This is what I’ve been talking about people, this right here. This is why I have hope. “Hope for what, Eric?” Hope that Warner Bros. and DC have finally gotten their shit together and are ready to deliver the modern, post-MCU take on the Dark Knight that fans deserve.

Don’t get me wrong, there was tons to enjoy about Ben Affleck’s iteration, particularly the gray suit and the incredible warehouse scene (which I argue is perhaps the greatest-ever Batman-on-film moment). But if we’re all being honest with ourselves — don’t worry, we’re in the trust tree, it’s okay — then we all know, deep down, that Affleck’s three appearances in Batman v. Superman, Suicide Squad, and Justice League were ultimately disappointing. We’re talking about arguably the most iconic superhero of all-time and they weren’t even able to make a standalone. Just disastrous.

BUT! Out of the ashes comes the phoenix and hopefully that’ll be the case when it comes to the DCEU. Joker was nominated for Academy Awards and while Birds of Prey wasn’t successful, it was certainly enjoyable and it’s probably one of the best three or four DCEU moves. Then there’s Aquaman, which I don’t think is all that great, but still grossed over a billion dollars anyway, making it the first DCEU film to do so. Astounding. I don’t get it either. There’s also, of course, Wonder Woman and its upcoming sequel. When you look at how the DCEU has adjusted post-Justice League, there are enough reasons to believe they’ve sort of figured out their formula.

This, finally, brings us back to Batman, who’s set to make his return to the big screen when Robert Pattinson takes over the cape and cowl next October in Matt Reeves’ (War for the Planet of the Apes) The Batman.

Now, not only does the director have a proven track record, and not only is the cast absolutely stacked (I’ll post the full cast list below), but there are now RUMORS that the film may be aiming for an R-Rating.

Possibility that Matt Reeves #TheBatman could be aiming for an R rating. pic.twitter.com/cUtNeT1gDU

Let me tell you right now: if The Batman scores an R-Rating, I’m predicting The Dark Knight levels of quality. If any superhero is tailored for an R-Rating, even more so than the likes of Logan and Deadpool, it’s Batman.

First look at the new Bat-Symbol that Robert Pattinson will wear in THE BATMAN 🦇 pic.twitter.com/4WaHD1e10a

DC FanDome is in just a few days, so make sure to catch up with The Post-Credit Podcast’s DCEU Rewind, which you can stream below or listen to wherever you get your podcasts. The first three episodes covered the Snyder trilogy — Man of Steel, Batman v. Superman, and Justice League — and the fourth, which dropped on Wednesday, tackled Wonder Woman. Also be sure to check out our “regular”, non-DCEU episode from earlier this week where discuss Netflix’s The Devil All The Time, Shia LaBeouf to the Marvel Cinematic Universe, and interview Jake Johnson.