The Brilliantly Dumb Show Vlog No. 4 – Saying Farewell To The Big Maple 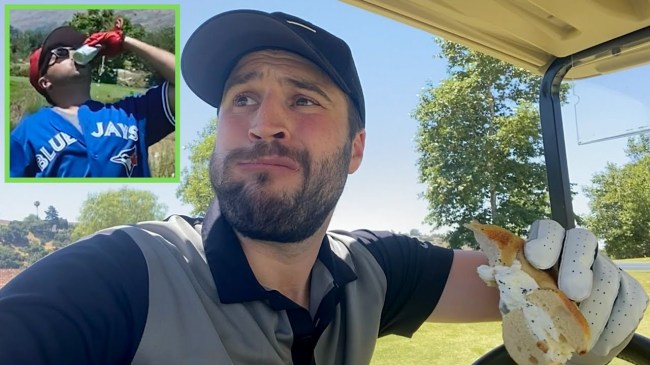 I feel like saying that you are a “vlogger” is in the same category as saying you are an “influencer”, its a sure thing to get an eye roll from any person you are talking to. It’s nauseating to some but to be quite frank, I don’t give a shit, I absolutely love pumping these things out. Getting out on the golf course with the boys while having a camera rolling at all times has been something I look forward to more than ever now. The Brilliantly Dumb Show has released vlog No. 4 and it was a beauty as we said goodbye to our longtime Canadian friend “The Big Maple.”

Californias own, Angeles National was the setting for the video as eight of our friends booked back to back tee times to make sure we sent The Big Maple off the right way. Everyone needs a guy who can smash 10 Miller Lites without flinching just to rile up the boys, and for our group, that was The Big Maple.

Every time this man showed up to the golf course he was nothing short of an electric factory. Quite possibly the only guy I have ever met who has no issue with showing up to a country club in a Jose Bautista, Blue Jays jersey. That’s just the way The Big Maple did things and he will continue to do things outside of the box as he decided to take a year off from the states and travel to Europe. I can assure you that Bautista’s jersey will be right there with him.

With the departure of Maple, the international carpool will be forced to find a new member to fill the No. 4 slot of the International Carpool. Stay tuned to see who gets the call-up and in the meantime, go subscribe to The Brilliantly Dumb Show on YouTube to watch the boys give a proper send-off for everybody’s favorite Canadian.