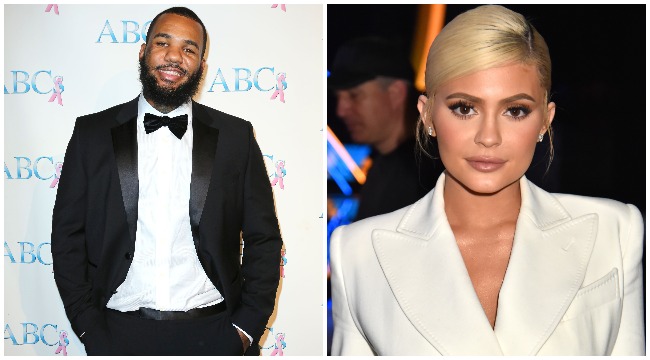 It’s been two years since The Game claimed to have slapped skins with a hat trick of Kardashian’s. In his track with DJ Khaled titled ‘Sauce,’ the 39-year-old double platinum artist put it bluntly:

‘I used to f*ck b*tches that Usher Raymond passed off / Then I f*cked three Kardashians – hold that thought.’

The Game would later reveal to Wendy Williams that the three Kardashian’s in question were Kim, Khloe and former Kardashian-in-training, Black Chyna. A little artistic license there, but I’ll let it slide.

Welp, the Los Angeles rapper’s bold claims have resurrected and Kanye West will not be happy about it.

During an album listening event on Thursday night, The Game debuted an unreleased new track where he brags Kim giving him oral sex.

The Game raps about Kim Kardashian on his new album #BornToRap 👀👀

"I held Kim Kardashian by her throat, ni**a
I made her swallow my kids until she choked, ni**a
I should apologize, 'cause Ye my folks, ni**a" pic.twitter.com/gI3h2GJmHu

Mind you, in 2012, The Game rapped about respecting and defending Kim and Kanye’s relationship: “Kanye with Kim now, I’m happy for that n**ga. Disrespect him or his wifey, I’ll slap you for that n**ga.”

On Saturday morning, DJ Akademiks posted a clip filmed during The Game’s studio session where the rapper implies that he hooked up with 21-year-old Kylie, the family’s youngest.

“Her sister made a billion in makeup. I used to make her Frosted Flakes when she wake up,” The Game rapped.

The Game says he used to make Kylie Jenner “Frosted Flakes” when she woke up. 💀💀💀💀. pic.twitter.com/1Bp1aI2eVH

In an Instagram story, the double platinum artist expressed that he has no interest in being the nice guy over speaking his truth. Even if that means burning bridges with a rap icon and making claims about hooking up with a possibly-too-young Kylie Jenner. 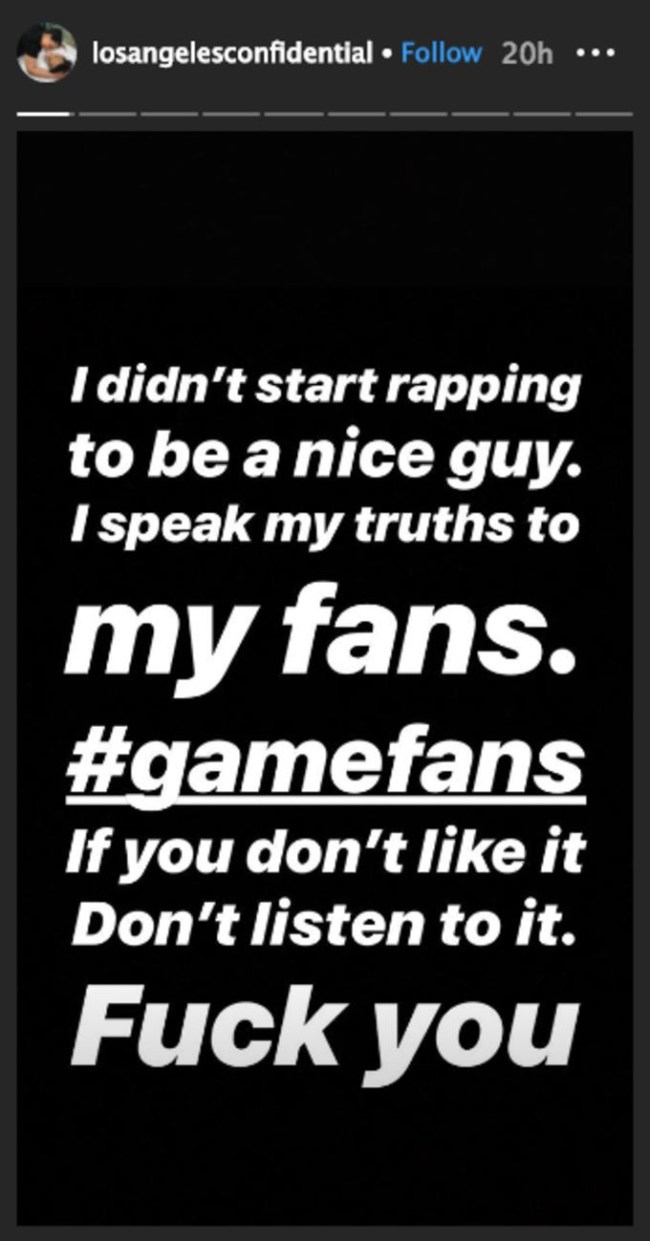 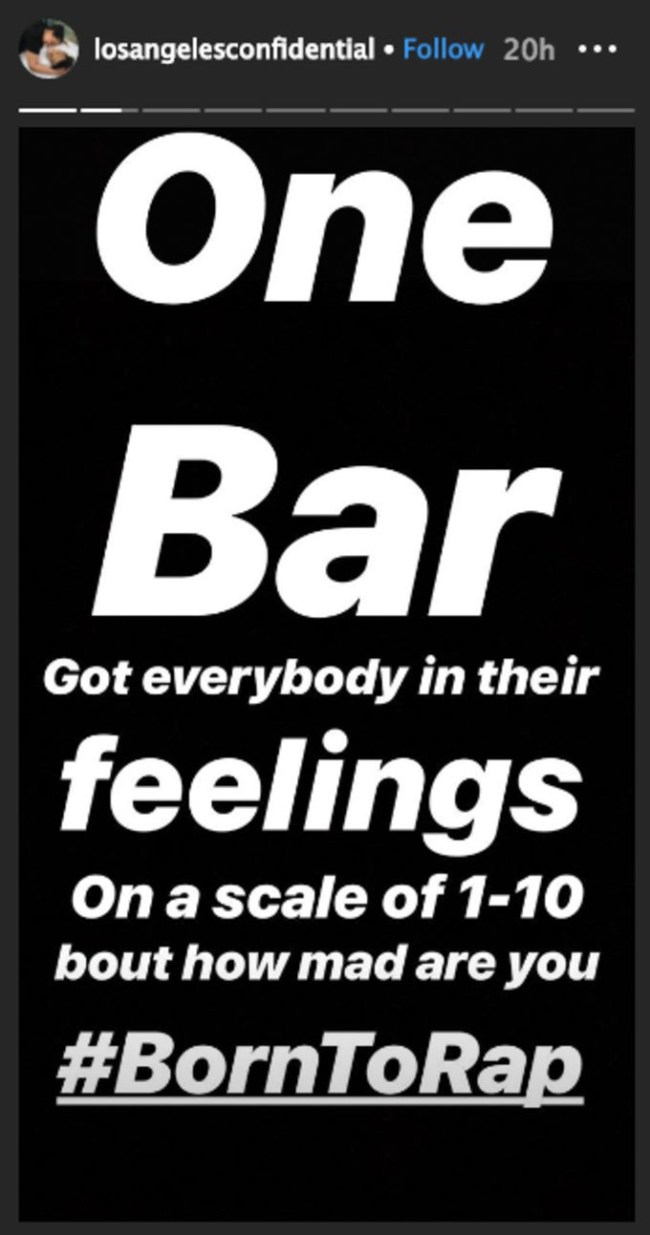 I’d like to go on the record and say that I have not yet had sex with any of the Kardashians, but will not stop trying.