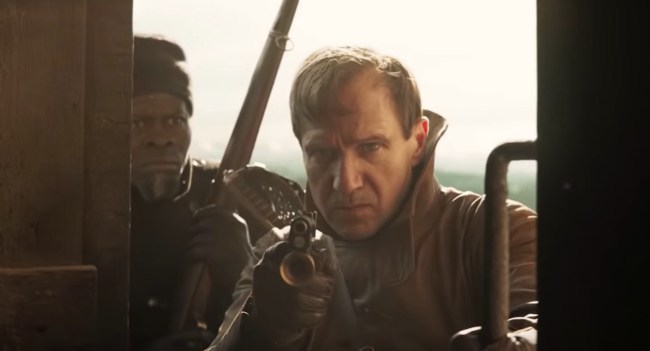 Back when Kingsman: The Secret Service first dropped 2015, I remember wondering to myself who the hell would go see this movie? And considering that I was in the midst of Senior Year Pt. 1 at Rutgers, the fact that I remember anything at all should prove to you just how distinctly I remember my initial feelings about Kingsman. But, as with most things in this life, I could not have been more wrong.

Sure, Matthew Vaughn is a wickedly talented director and both X-Men: First Class and Kick-Ass are excellent action films, but did he really have the pull draw people to the theaters to see a James Bond-spoof starring that guy from The King’s Speech (Colin Firth) and an up-and-comer (Taron Egerton) that most Americans had never heard of?

Well, the answer was ultimately a resounding ‘yes’, as Kingsman: The Secret Service ended up being one of the funniest, most stylish, inventive, and unique blockbusters that we’ve seen in some time.

And while the sequel, A Golden Circle, didn’t blow audiences away in the same manner the first film did, it still kept the franchise in the discussion of being one of the slickest action franchises on the market (other notable contenders: John Wick, Mission Impossible).

The prequel, titled The King’s Man, will take the series back in time to the formation of The Kingsman during the early 1900s, giving the series a much-needed refresh of characters and locales.

And based on this most recent trailer, it looks as though The King’s Man has the makings of the best film in the franchise, as the backdrop of World War 1 arguably presents a more exciting situation than the modern-day setting of the first two films.

It is set to be released in theaters in the United States on February 14, 2020 — you can just tell your girlfriend it’s a love story (about a man and his three-piece suit).