We’ve Got A New Trailer For ‘The New Mutants’, The ‘Scary X-Men’ Film That Was Supposed To Drop *Years* Ago 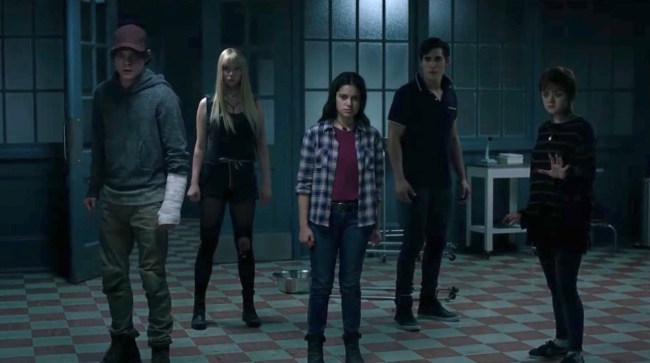 After literal years of delays, The New Mutants — which has been touted as a horror film set in the X-Men universe — is set to hit theaters this Spring.

Originally scheduled to be released back in April 2018, The New Mutants was ultimately put on hold so that they could go through reshoots to make the film more frightening. However, those reshoots never happened and the film was apparently mothballed.

That all changed when Disney acquired Fox and its assets, as they dusted off the Jose Boone-directed flick and slapped it with an April 3, 2020 release date.

Here is the official synopsis for The New Mutants:

Five young mutants, just discovering their abilities while held in a secret facility against their will, fight to escape their past sins and save themselves.

The film features a couple of familiar faces, as Maisie Williams (Arya in Game of Thrones), Charlie Heaton (Jonathan Byers in Stranger Things) and Anya Taylor-Joy (the chick from Split) lead the cast of young actors. Unfortunately, given the film’s remarkably troubled production and almost comically-delayed release, expectations for The New Mutants are as low as possible, especially considering the unmitigated disaster that Fox’s last X-Men output Dark Phoenix.