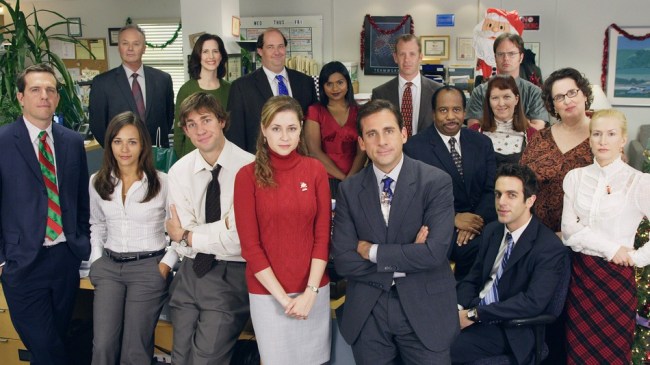 Nine seasons and eight years hasn’t been nearly enough content for fans of The Office, who are collectively thirsting for the Dunder Mifflin clan to reunite to sling some paper after airing its last episode in May of 2013.

But The Office re-boot doesn’t exist without Michael Scott, played by Steve Carell, who has gone on the record saying he has no interest in an Office revival because he “loves it too much to ever want to do it again.”

In an interview with Esquire a couple months ago, Carell went on to say that he didn’t think the show would go over as well in today’s hypersensitive climate, especially since his character is predicated on “wrong-minded” and “inappropriate” behavior. Basically, we’re all a bunch of PC snowflakes.

Carell must get bothered with pleas for an Office resurgence daily and that heat is only going to intensify thanks to his fellow cast members who recently threw gas on the fire by getting together for a makeshift reunion.

Several members of the cast got together at the house of Greg Daniel’s, the man who adapted the The Office UK for American audiences. Among those who were in attendance were:

I had brunch with these oddballs today. Love you #officemates #theoffice pic.twitter.com/UWnkOaU1p3

We were attempting to recreate this photo 🙂 Happy Holidays! We missed you Steve, Ellie, John, BJ, Mindy, Craig and Kate! We will see you soon! pic.twitter.com/P1kvaxn8FS

Here are some of the reactions I snickered at:

Poor Toby can’t even catch a break in real life.

I think he's not there because you invited Toby.

Just give the people what they want, or at the very least, a Christmas reunion special.