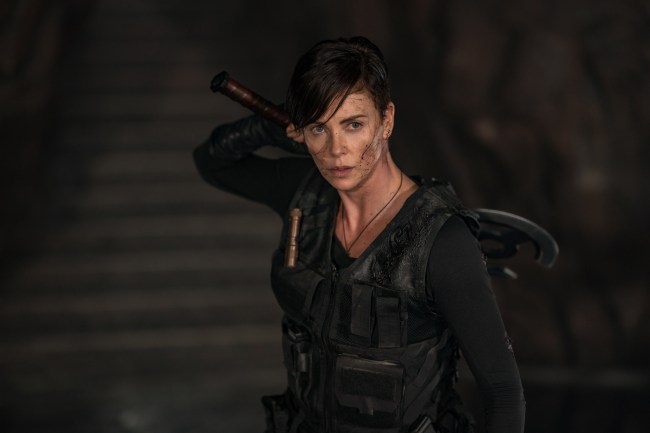 Of all the massive shadowy corporations in the world, I’d argue Netflix is right up there with the likes of Amazon in terms of companies that have actually benefited from our current global situation.

Back in April, Netflix had its biggest-ever movie premiere when Extraction pulled in a projected 90 million households in its first four weeks of streaming. Then, of course, there was the widespread Tiger King obsession, as the bizarro Joe Exotic-centric docuseries became a cultural phenomenon that the streamer hasn’t seen since the likes of Strangers Things or Making A Murderer.

Netflix will be looking to continue that streak, as they’ve got the big ticket release of the Charlize Theron action-thriller The Old Guard due out in the coming weeks.

Here’s the official synopsis for The Old Guard, via Netflix:

Led by a warrior named Andy (Charlize Theron), a covert group of tight-knit mercenaries with a mysterious inability to die have fought to protect the mortal world for centuries. But when the team is recruited to take on an emergency mission and their extraordinary abilities are suddenly exposed, it’s up to Andy and Nile (KiKi Layne), the newest soldier to join their ranks, to help the group eliminate the threat of those who seek to replicate and monetize their power by any means necessary. Based on the acclaimed graphic novel by Greg Rucka and directed by Gina Prince-Bythewood (LOVE & BASKETBALL, BEYOND THE LIGHTS), THE OLD GUARD is a gritty, grounded, action-packed story that shows living forever is harder than it looks.

Given both the overwhelming success of the recent Chris Hemsworth-starring Netflix action-thriller Extraction and Charlize Theron’s proven history of utter badassery, there are legitimate reasons to be excited for this one.