Under-The-Radar Movies To Finally Check Out: ‘The Raid’ 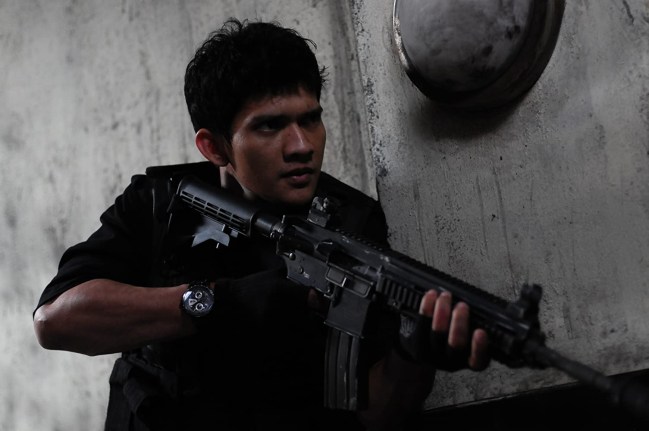 Let me paint a picture for you. The year is, uh, I’d say about 2013 or 2014. The location is New Brunswick, New Jersey, particularly a dingy and sticky frat house on the Rutgers University campus. The day is a distinctly dim rainy Sunday and the hangovers are widespread. It was the very definition of a movie day.

“What about The Raid?” I suggested. This is the part of the article where I point out that — in the film community, at least — The Raid is *far* from under-the-radar. But, in the grand scheme of American pop culture, this Indonesian action flick is certainly far from mainstream.

The reason I’d suggested the movie is not because I was some sort of advanced film snob, I’d simply remembered seeing it at the top of one of IMBD’s “Best Action Movie” lists or whatever.  Despite their unfamiliarity with the film and the hurdle of processing subtitles on a hungover day, the squad agreed and The Raid was our choice.

What followed was 90-or-so-minutes of one of the most unique and enjoyable movie-watching experiences I’ve ever had, because as far as I’m concerned, The Raid — and its equally blood-soaked and unapologetically bonkers sequel — is the best action movie I’ve ever seen.

You know how people like to see horror movies in packed theaters with other equally terrified people because it adds to the excitement of the experience? That sort of phenomenon was recreated as the ten of us piled into my buddy’s living room (some rooms in our frat house were big enough that they had a bedroom and a living area).

To this day — and I mean this literally — I have NEVER had as much fun watching a movie as I did watching The Raid with my boys. It is an uncut shot of adrenaline masquerading as a motion picture. Released three years before John Wick, you can see the influences the film has had not only on that particular movie but the action genre at large. Describing the fight-set-pieces in The Raid as the most electric stuff I’ve ever seen in a movie is actually an understatement. I’ve truly never seen anything like it — we were leaping out of our seats, screaming at the top-of-our-lungs from pure, unbridled excitement.

That’s the beauty of The Raid: while its fights are stunningly intricate and complexly choreographed, its plot is so overwhelmingly straight forward — a group of cops must fight their way to the top of a building filled with criminals — that the language of the film is genuinely irrelevant as barely any words are spoken. And who needs words when actions speak louder anyway?

PREVIOUSLY: Under-The-Radar Shows To Binge During Quarantine: ‘The Leftovers’ On HBO