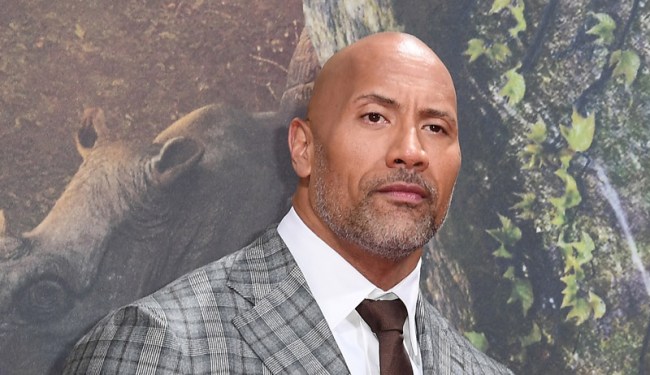 “The biggest disappointment of this feature is that it’s not even so bad it’s good.”

“The key is to not think too much. Remember that.”

“Too many dick jokes, not enough boobs.”

These were just a few of the many shitty reviews for the 2017 revival of Baywatch, which currently posts a whopping 18% on Rotten Tomatoes. A high $60 million budget and cast of eye candy wasn’t enough for Baywatch to be anything more than a punchline.

Dwayne The Rock Johnson, like us, knows the movie sucked. The second-highest paid actor of 2017 “humbly and graciously” accepted his Razzie Award for  ‘The Movie So Rotten You Eventually Fell in Love With It’ category.

The Razzie Awards celebrate the industry’s worst movies of the year, and although I didn’t see it, I can all but guarantee Baywatch was up there with the worst of ’em. The very worst movie of year honor went to The Emoji Movie, which was historically bad.

The Rock, who was the highest paid actor in the world in 2016, made $65 million in 2017 alone (only behind Mark Wahlberg). It’s gotta be easy to laugh at yourself when you have more money than God.