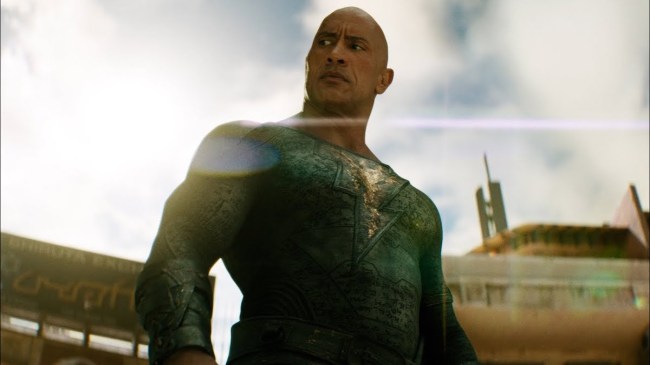 While many people — thanks to The Rock’s absolutely titanic global marketing campaign — are aware that Black Adam recently hit theaters, what they likely don’t know is just how long it took for it to come to life.

Finally hitting theaters in late 2022, The Rock was attached to the role of Teth Adam as early as 2007, which he recently proved by sharing a video of him discussing the project with MTV back in 2009.

The Rock shared an incredible video from 2009 (he has hair!) of him discussing his passion for playing Black Adam

“I’m still amped up to do it,” The Rock told MTV, likely discussing plans for the film falling apart at the time.

“That’s what happens when you start developing a script and the ideas — there are so many people involved because it’s such a big project and everybody has their opinion on it creatively… but, I’m sure the movie will eventually get made,” he said.

Manifesting of #BlackAdam
Crazy to see this @MTV clip from 2009 with my buddy @joshuahorowitz talking about the challenges to make the film.
Slow and steady wins the race.
Play the long game. #dceu #jsa #blackadam
⚡️ pic.twitter.com/rpo3mPOvWv

Speaking of said Black Adam press tour, we were actually lucky enough to get a chance to speak to the man himself, which you can find below:

Given how successful the film has been at the box office and how much fans are loving the direction that The Rock is taking the DCU, it’s likely we’ll see him back in black sooner rather than later.

RELATED: Henry Cavill Confirms His Return As Superman With Incredibly Heartfelt Message – ‘I Am Back As Superman’