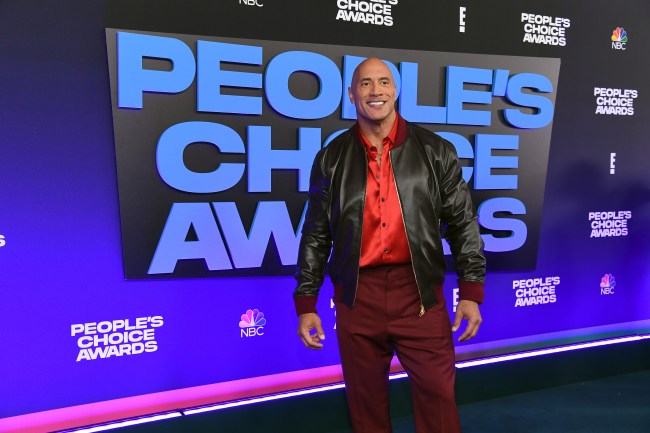 What in the world is in that bag, what you got in that bag? It seems we finally have an answer to Ludacris’ question. We now know what was in one of the world’s most famous bags. The bag in question is the fanny pack that was famously wrapped around The Rock’s waist in one of his most memable pictures.

The Rock posted a side-by-side of himself and the San Antonio Spurs mascot rocking the same famous ensemble, joking about his appearance in his picture. It was all a little bit of Instagram fun for Dwayne Johnson, but it led to a very important reveal.

In the comments section, The Rock was asked what was actually contained in that fanny pack and he gave exactly the kind of answer we’d expect from him. It was full of Pop-Tarts and condoms.

It certainly isn’t the first fanny pack to contain those two items, but I’m sure it’s the first time somebody ever wore a fanny pack, filled it with condoms, and actually got to use them.

It’s always good to see The Rock continuing to have fun with this picture from his past and now he’ll give the truly dedicated a way to make sure their Halloween costumes are completely accurate. I have a feeling we’ll see a spike in sales of condoms and Pop-Tarts in late October this year.

Now there’s just one question remaining. What flavor were those Pop-Tarts The Rock so badly needed to have quick access to that he was keeping them in his fanny pack?