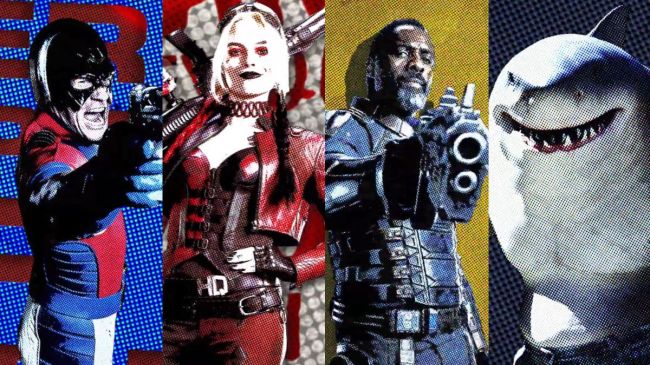 As I’ve repeated quite a few times on this website — hell, I’ve written an entire article about it — I’m of the somewhat hot take opinion that Guardians of the Galaxy, my favorite movie in the Marvel Cinematic Universe, is also the storied franchise’s best.

Previously a generally unheard group of rag-tag Marvel C-teamers, Guardians of the Galaxy was able to become a Star Wars for the modern age, as it blendsed heart, humor, and sci-fi into a hero’s journey featuring an unlikely, mismatched group that eventually becomes a pseudo-family.

And now that he’s proven he could do it once, director James Gunn has been tasked with doing it again as he helms Warner Bros’ The Suicide Squad, the “sequel” to 2016’s disastrous Suicide Squad.

Thus far, everything we’ve seen from the film — mainly a sizzle reel showed at DC FanDome back in August — has been promising and that trend has continued with the recent leak of the film’s rumored plot.

Eagle-eyed fans believe they spotted Starro in The Suicide Squad sneak peek shared during DC FanDome, and it’s entirely possible that villain will indeed be the film’s big bad. However, new details shared by Reddit user 20athrowawayaccount from a recent Empire Magazine feature shed more light on what filmmaker James Gunn has planned for Task Force X. It’s said the team will set off on an “entirely new, sentence-reducing suicide mission,” this time “in a fictional Latin American island named ‘Corto Maltese.'”

Corto Maltese first appeared in Frank Miller’s The Dark Knight Returns, and was the island at the center of an incident similar to the Cuban missile crisis. Superman was sent there by the U.S. Government to fight the Soviets, though the Man of Steel was ultimately weakened by a missile blast. The location was also referenced multiple times in The CW’s Arrow.

In this same feature, producer Peter Safran revealed that, “[They] have to destroy a Nazi-era prison and laboratory named Jotunheim where political prisoners were held and experimentations took place.” [via ComicBookMovie]

RELATED: James Gunn Says Directing A Superman Movie Was “A Possibility” Before Signing Onto ‘The Suicide Squad’