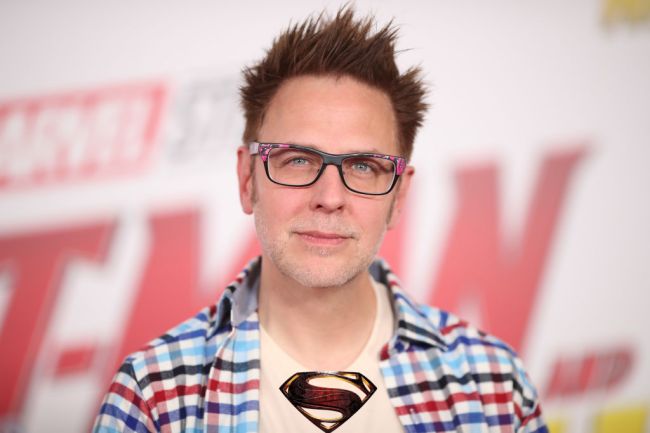 After introducing a largely unheard group of heroes and turning them into A-listers with the truly excellent Guardians of the Galaxy, director James Gunn now faces a new task entirely: instead of introducing and popularizing a misfit group of heroes, he now has to rehabilitate their image.

Taking on the unenviable task of resuscitating the Suicide Squad franchise after 2016’s abomination, Gunn is now as key to the future of DC as he is Marvel, where he’s still set to director Guardians of the Galaxy Vol. 3 after being briefly fired from the project. In fact, the only reason DC and Warner Bros. were able to snag Gunn in the first place is actually because of that temporary spell on Hollywood’s employment line.

While DC ultimately got Gunn to sign his name on the dotted line for The Suicide Squad, the eccentric auteur recently revealed that there was a possibility of him taking on another iconic DC hero: Superman.

“It was a happy ending, but it was also scary, because I actually got the call from Alan Horn long before it was announced: it happened literally the day after I agreed to do The Suicide Squad,” says Gunn.

After hearing from Horn, Gunn knew he had to update MCU head honcho Kevin Feige on his next project – who, when told it was a DC movie, asked: “Is it Superman?” Gunn stated that it wasn’t Superman (“That was a possibility,” he tells Empire) and explained that he had chosen The Suicide Squad. [via Empire Magazine]

At the time of his hiring, Cavill’s future status as the Last Son of Krypton was firmly up in the air, which leads me to believe had Gunn been hired to helm a Superman, it would’ve been for an entirely new franchise. Now, though, with Cavill’s version of Superman set to return, a long-awaited sequel to Man of Steel has more life than it’s had in some time.

Given his involvement with The Suicide Squad franchise, Gunn’s chances of directing the next Superman film are slim. J.J. Abrams, in the midst of his overall deal with WarnerMedia, still feels like the odds-on favorite to me.