Henry Cavill Set To Return As Superman In The DCEU 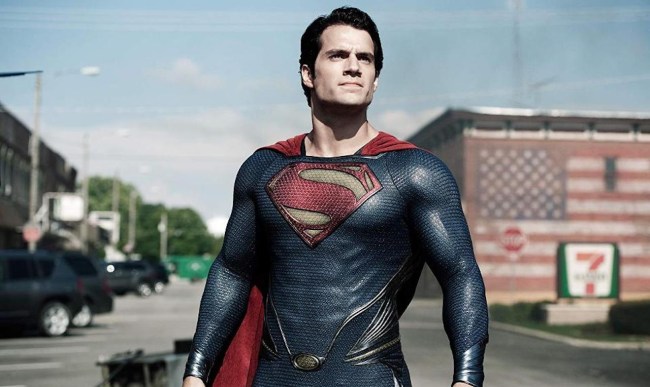 Wow. I called it, but also wow: according to Deadline, Henry Cavill is officially set to return as Superman in the DC Extended Universe.

While Cavill’s return to the Man of Steel role may come as a surprise to some, I’ve always felt that his portrayal of the iconic Kryptonian has always deserved more credit than it’s gotten, as a majority of the character’s weaknesses can be pinned on Warner Bros’ mismanagement of the franchise in general.

While there is not a Man of Steelsequel in the works, we’re hearing that Henry Cavill is in talks to reprise his role as Superman in the Warner Bros. DC Universe.

We hear Cavill could come back in a couple of different ways, not a standalone film, but there are plans to put him back in the big red cape again sources with knowledge tell us.

Warner Bros. is not developing a Man of Steel sequel, and Wonder Woman 1984, Suicide Squad are in the can, and Superman isn’t expected to make a cameo in Matt Reeves’ The Batman. Other projects where Cavill could make a cameo are Shazam 2, Dwayne Johnson’s Black Adam or Aquaman 2, which are the next productions to be prepped once COVID-19 safety restrictions lift. [via Deadline]

As the above reports indicate and as I’ve long speculated, I think Dwayne Johnson’s Black Adam — which is *currently* scheduled to be released in December 2021 — represents the best chance to work Cavill’s Superman back into the fold, as The Rock has been constantly and consistently teasing that “the hierarchy of power in the DCEU is going to change”, with can only be accomplished by involving the franchise’s current pinnacle of power: Superman.

The announcement is also notable for its timing, as it comes just one week after Warner Bros’ confirmation that the now-mythological “Snyder Cut” of Justice League — which will be receiving an additional $30 million in funding — will be premiering on HBO Max in 2021.

Simply put, the turn of events regarding the DCEU in recent weeks has been nothing short of remarkable.