The Weed Is Too Damn Strong 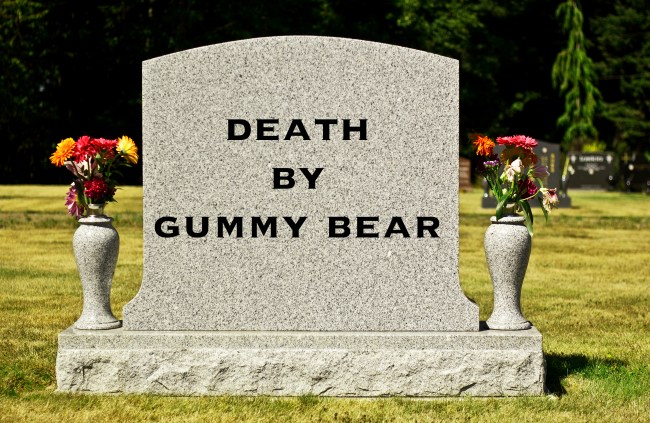 Going forward, I will wear black and hold a candlelight vigil every August 2nd to commemorate the loss of my fucking mind.

It was an unremarkable mind, but it deserved better than this; a slow, stressful, unceremonious death march as its person studied a spec on the bathroom tile and huffed rhythmically into a paper bag while sitting on the toilet with his pants on.

For a mind that has endured and survived plenty—walking in on my parents “wrestling,” the gradual realization that my dreams are unattainable, Two Girls, One Cup—falling victim to a fruity glucose nibble is as ironic as it is humiliating. 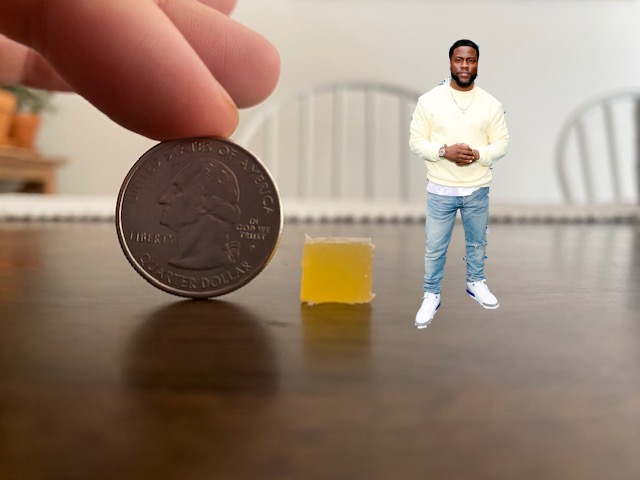 A 15 mg sativa gummy morsel, which I purchased legally in my home state of Massachusetts, transformed what I hoped to be a casual summer Sunday into a nightmarish mind flight operated by Malaysia Airlines.

The four-hour ride from hell didn’t reveal itself all at once. No, that would be too merciful. It toyed with me in stages, mocking me at every tumultuous turn.

Thirty minutes after consumption, I became convinced that I had either been scammed by Big Marijuana or that my days ripping gravity bongs out of 5-gallon Poland Springs jugs in my parents basement had heightened my tolerance to a point where a Welch’s fruit snack wasn’t going to move the needle.

Neither of those assumptions proved to be correct.

Remember that feeling when the teacher springs a pop-quiz on the class but you didn’t do the reading and he spaces everyone out so cheating is not an option? This anticipatory panic hijacked my respiratory system for no less than 20 minutes, which in weed time is two days.

Did I marry the wrong woman? Who have I wronged in my life? When was my last medical check-up? Is my psyche strong enough to endure the undeniable fact that my loved ones will die? Is COVID transmittable through a panic attack? How old is my dog? What is the typical lifespan of a West Highland Terrier? What is the status of Alex Trebek’s cancer diagnosis? Do people like me? Do I like myself? What’s the point of anything if we’re in a simulation?

After vigorously pacing around the home in an unsuccessful attempt to run away from the mental boogieman, eventually you’ll convince yourself that sitting on the toilet with your eyes closed and your head in your hands is the best plan of action. This is a symbolic act more than a physical one, as if to say: “I surrender.”

This also feels like a good time to make a deal with a god that you never believed in.

Biting a lemon works to combat a weed freakout like plexi-glass locker room dividers will work to combat COVID in the NFL; yes, it provides momentary comfort, but what happens after?

After hour four, if you’re lucky, you’ll begin your rocky descent. This is the point where logic and reason reappear and you start to believe the phrase you’ve been repeating to yourself on the toilet: “No one has ever overdosed on marijuana.”

The residual THC will try to convince you that a fiery crash-landing is still possible, but your ability to see water and buildings and gridded terrain is comforting enough to ease your troubled mind. 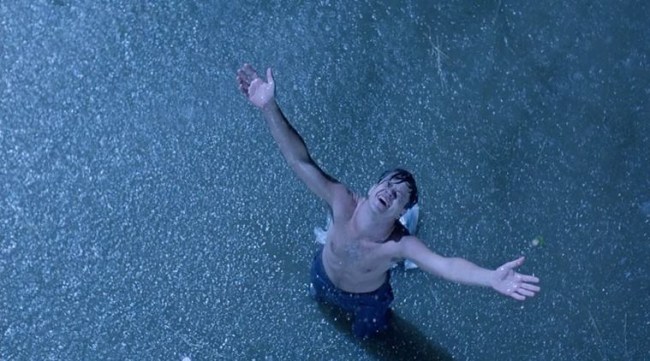 The weed is too damn strong.

An easy solution is to make the gummies taste like dog feces instead of Haribo’s so it isn’t so easy to suffer through the August 2nd I somehow managed to make it through.

There’s a reason alcohol makes you puke. We must incorporate these same self-regulating mechanisms in marijuana. Our future depends on it.