Thor Is A Chonky Boi In ‘God of War: Ragnarok’ And Gamers Are Having Very Normal Reactions 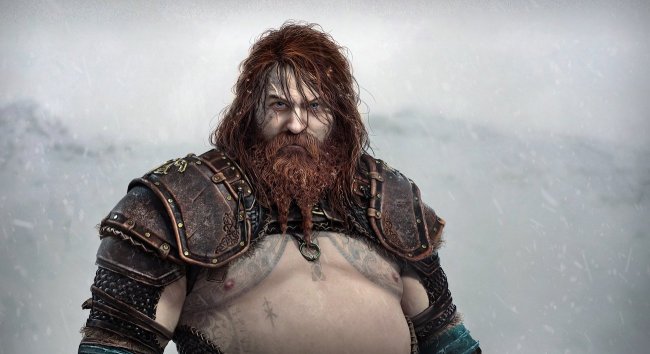 Sony held their PlayStation Showcase event on Thursday and absolutely dropped their junk onto the table, announcing and/or teasing a slew of new titles including, Spider-Man 2, Wolverine, a remake of Star War: Knights of the Old Republic, a remaster of Grand Theft Auto V, and God of War: Ragnarok. And while PlayStation gamers were largely and wildly thrilled with the announcements, there was *one* subject of fans that found something to be angry about, with that something being… Thor being a chonky boi in God of War: Ragnarok? Uhhhh… alright?

Set to be a major factor in God of War: Ragnarok, an official article from PlayStation categorizes the God of Thunder as one of the two main antagonists that Kratos will face.

Also suffering the loss of his sons and half-brother, Thor’s legendary bloodlust and wrath will be aimed at Kratos and Atreus.

Referred to disparagingly by Mimir as the “Biggest Butchering Bastard in the Nine Realms,” Thor earned his title as one of the most powerful Aesir gods by wiping out nearly all the Giants at Odin’s command.

While we don’t want to give too much away right now, we think even a peek at Mjölnir wreathed in lightning will give you a hint at just how formidable Thor will be as an adversary.

Some fans, though, were none too thrilled with the character’s design, leading to quite the conversation on social media. It should be noted that in Norse mythology, Thor is able to out-drink anyone, which would, naturally, lead to quite the gut.

dying at this culture pic.twitter.com/YjS1qqgzbv

Aww, are God of War fans mad because they made Thor fat and put a Black girl in the game? 🤭🥺 pic.twitter.com/LrpcazIhvV

I really like this design but it seems like it's a bit of a thor spot for a lot of weirdos. https://t.co/h4WiTzko2Y

The GOW thor hate is like a really interesting mix of blatant fatphobia, absolute lack of knowledge of both fitness and mythology, and i think from the amount of "he doesn't look threatening", a lot of men who've never felt threatened in their lives acting like they would know 🤡

Dear men, what is preventing you from looking like this? pic.twitter.com/h7XyuD3iMV

Find something else to complain about, people, and Thor live his best chonky life. God of War: Ragnarok will be released on PlayStation 5 and PlayStation 4 sometime in 2022.