Guy Flings Trash Bag Filled With $20K Worth Of Pot Off Roof, Triggers Free-For-All Down Below 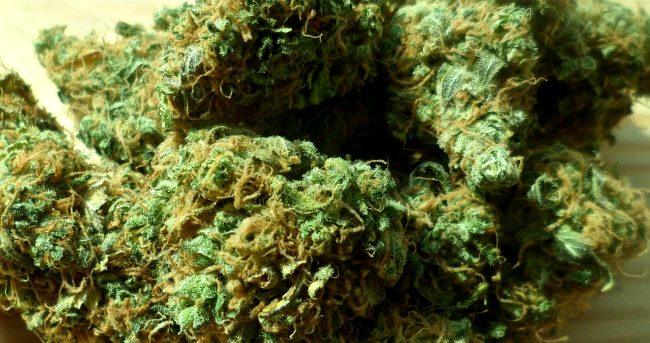 A garbage bag that was reportedly filled with pot was flung off a Brooklyn rooftop by an alleged drug dealer when he was faced with being robbed recently, say police. The bag of weed hit the sidewalk, scattering the marijuana on the pavement, and leading to pedestrians on the street in a scramble to pick it up and run off with it.

According to NBC New York, the 29-year-old man who allegedly tossed the pot off the roof, Lisheng Xie, had brought the pot with him to an Eighth Avenue rooftop with the intent to sell it.

Police reported that he intended to sell the weed on the roof of the three-story Sunset Park building for $20,000, but the buyers pulled a gun on him then jumped him, punching and kicking him in a fight for the bag.

In the tussle, Xie threw the bag of pot off the roof, sending the weed flying, and the would-be robbers running.

One of the thieves, however, fell down a flight of stairs, hurting his knee, reports the New York Daily News. He was arrested and charged with robbery, attempted robbery, assault, weapon possession and was released without bail.

His accomplices escaped in a black BMW sedan, said authorities.

Xie reportedly suffered cuts and bruises to his face and body, and was taken to an area hospital by emergency medical services.

Surveillance video taken at the scene shows images of the alleged bag full of marijuana hitting the pavement on the street after being flung from the rooftop, followed by people running to pick it up off the sidewalk then taking off.

RAINING WEED?: An attempted robbery on a Brooklyn rooftop resulted in marijuana seemingly coming from the sky.