Finally, A GREAT TikTok Meme: No Such Thing As Two Pretty Best Friends 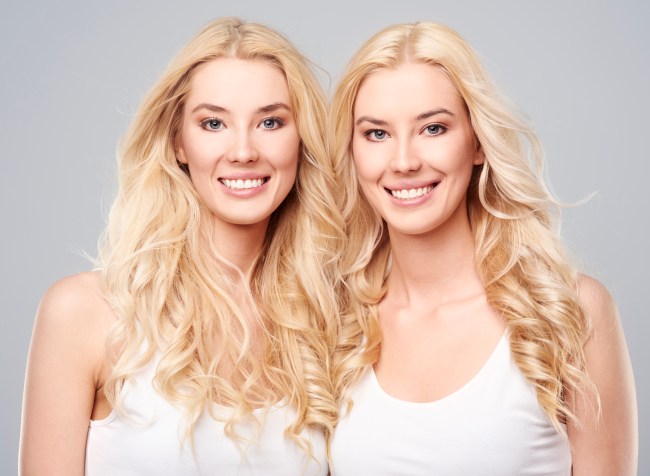 There’s a new TikTok meme that is taking the internet by storm. Don’t worry if you haven’t seen it yet; you will. And if you HAVE seen it and don’t understand it at all, that’s why we’re here! To explain the young kid stuff to the older people so that we older people aren’t left behind in heap of dust and bones and dial-up modems.

why y’all never choose another equal to be y’all best friend?? I hate when the ugly one call the pretty 1 “twin” if ur best friend bad as u tag her rn

That’s all it is. A simple statement from some dude who looks like Xerxes from 300. I mean, there are piercing eyes and then there are eyes that shred all the flesh off your bones, like this dude’s eyes. @Jayrscotty is sending a fusillade of razor-sharp arrows at us with every look at the camera. He’s not exactly my type (too pretty, I prefer a more rugged cowboy who carries jumper cables) but he’s got the perfect look for delivering these sage, resonating one-liners.

Turns out, it’s his bread and butter too.

Let’s argue 💯 which state has the highest female unemployment rate?? All I mean is there 🐱 is responsible for their income. I say LA, NY, & Philly

It’s all stuff like this, and every one of these is now pulling in over a million views. The “two best friends” one is over THIRTY MILLION. Hey, I’m not hating. These observations are weirdly compelling. They seem so simple, and yet so wise. They also seem… borderline sexist? But somehow endearing? Not that I care but I’m surprised whenever a man is able to get away with making blanket observations about women on social media these days. Like he’s right on the edge but doesn’t go over. Wild. JayRScotty somehow nails it. Who knows, maybe they’ll come for his neck soon. Let’s enjoy it until he’s cancelled.

For whatever magical reason, that two best friends line is the one that took off. It has that “damn, Daniel” factor, that “WHAT ARE THOSE?!” flavor. Impossible to define but off it goes, into an internet virality tornado, sweeping the land and catching on for all to share.

i ain’t ever seen two pretty best friends… except for reno and las vegas pic.twitter.com/Pv4RRMEJRh

i aint never seen two halal best friends, its always one of em gotta be haram

On and on. You get the idea. I don’t have the energy to dig in to Instagram or TikTok for more examples, just trust me: everyone’s doing it.

We’ll be tired of it in three days. That’s when the weathermen or local news anchors will start catching on—always a day late for those folks. But for now, just be happy to know that you understand the reference.