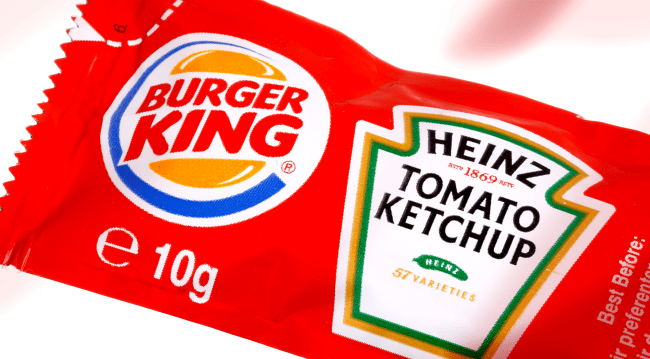 A woman on TikTok has gone viral with a video showing what she discovers is the “proper” way to use ketchup packets with your french fries.

Unlike, well, pretty much everyone who takes those ketchup packets you get at fast food restaurants, tears the corner of them open, and squirts the ketchup on to some surface, creating a little ketchup mountain to dip your french fried into, Amelia Holdsworth (@ameliaholdsworth) does things a little differently.

Related: There’s A Heinz Ketchup Shortage Looming And It Could Be A Huge Blow To Anyone With A Crippling Reliance On Delivery

In her very, very short TikTok video that’s now been viewed over 4 million times, Holdsworth writes, “who fcking knew” as she shows herself in what appears to be a beer garden taking a french fry and just straight up dipping it directly into the ketchup packet.

If this way of using a ketchup packet has never in your life crossed your mind as a thing you can actually do, you’re far from alone and the reactions (of which there are over 5,000 of them) to Holdsworth’s video will sound very familiar to you.

“Why have I never thought of this?” wrote one viewer.

“You’ve broken the system there,” commented another.

“Finally a life hack you can really use. Awesome!” accurately assessed another commenter.

Related: The Crazy Amount Of Salt This Woman Puts On Her French Fries Has Divided The Internet

Now I just need someone to tell me where I can get one of these and my life will officially never be the same.