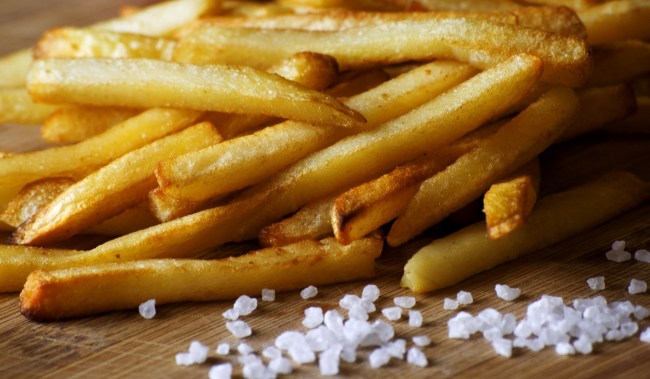 If there is one thing the internet has taught us over the years, it’s that you don’t mess with the way people like to eat their french fries.

If you do, their reactions will be visceral.

That being said, can we all universally agree that this woman named Brooke Micallef who has been causing quite a stir on social media for how much salt she likes on her french fries is a menace to society?

“Now when I say extra extra extra salt this wtf I mean!!!!!! I wanna choke on the salt, I want it to look like it’s snowing!!!!” Micallef wrote recently on Facebook alongside a photo of her KFC french fries (don’t even get us started on that subject).

That right there is the very definition of egregious.

Which has led to her post being shared almost 6,000 times as of this writing.

Amazingly, not all of the people sharing her photo were disgusted.

“That is exactly the right amount of salt,” wrote one commenter.

“Ewwww might as well eat the salt by itself,” commented another, to which Micallef replied, “Um I would if they handed it to me.”

What do you think? Too much salt or just the right amount? Fair warning: one answer is wrong.