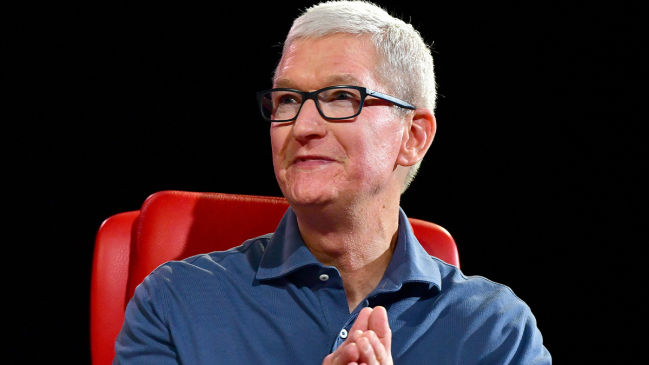 On Wednesday, Apple hosted the annual extravaganza it uses to showcase its newest line of shiny objects during the “Far Out” event that featured the reveal of the newest iteration of its noise-canceling AirPods, a luxury version of the Apple Watch that will set you back $799, and the supposedly new and improved iPhone 14 (the last of which left plenty of people—including Steve Jobs’ daughter—fairly underwhelmed).

It was obviously a fairly busy day for Apple CEO Tim Cook, but he managed to carve out some time to sit down for a discussion at Vox’s Media’s Code event at the end of the night and had the chance to field a variety of questions concerning the new products as well as some lingering inquiries.

According to The Verge, that chat eventually wandered to one issue that’s been the root of frustration for plenty of iPhone users and those rocking an Android or any other device without iMessage capabilities: the dread green text bubbles.

Green bubbles are perhaps the textbook definition of a first-world problem and the root of some laughably unjustified discrimination due to frustration stemming from the various hitches you’ll run into when forced to communicate with someone relying on SMS (Jason Kidd reportedly once made members of the Bucks run sprints because a lone player without an iPhone was messing up the group chat).

However, Cook made it pretty clear that Apple has no plans to devote time and energy to changing the status quo by adopting what is known as the RCS “standard.”

We learned this courtesy of one reporter who raised the issue while noting the drop in quality that occurs whenever she attempts to send photos or videos to her mom’s Android, as Cook had this to say in response:

“I don’t hear our users asking that we put a lot of energy in on that at this point. I would love to convert you to an iPhone…

Buy your mom an iPhone.”