Jason Kidd Once Made The Bucks Run Sprints At Practice Because One Player Had An Android, Which Messed Up The Team’s Group Chat 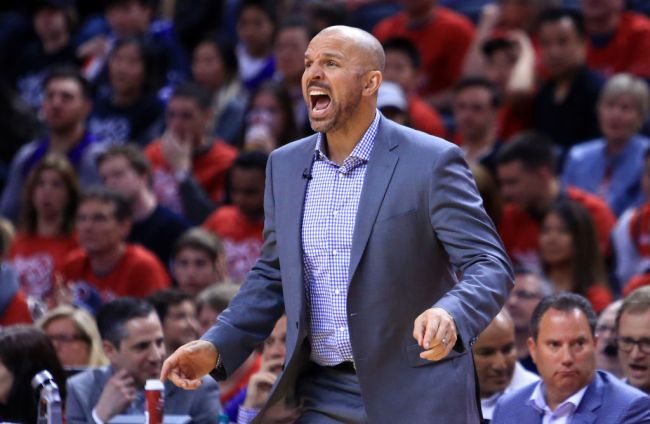 The Dallas Mavericks better make sure that their entire team is iPhone users with Jason Kidd taking over as head coach next season because apparently, the man can’t stand seeing green bubble text messages.

During his first season as the head coach of the Milwaukee Bucks in 2014, Kidd punished the entire team because one player had an Android phone, which messed up the team’s group chat.

In an excerpt from the new book “Giannis: The Improbable Rise of an NBA MVP” author Mirin Fader writes about Kidds’ interesting approach to coaching. Fader specifically recalls that Kidd was a proponent of ‘if one player messes up, then the entire team pays for the mistake,’ which is exactly what happened with the Android phone debacle.

Thon Maker was the Android user that caused some confusion in the group chat. Kidd was fed up with it, so he made the entire team run sprints at practice.

“At one point center Thon Maker didn’t have an iPhone, messing up the team’s blue-bubble iPhone group chat,” the book excerpt read. “Kidd was upset about it and made the team run because Kidd felt that Maker not getting an iPhone was an example of the team not being united.”

Talk about an unbelievably bizarre move and overall thought process from Kidd here. Kidd’s brain literally thought that one of his players not having the same phone as the rest of the team had something to do with the team not being “united.”

You can make fun of Android users all you want, but to think seeing green bubbled text messages in a group chat is throwing off your team in some way, is mind-numbingly stupid.

It shouldn’t shock you based on this story that Kidd went 139-152 during his four-year tenure as the Bucks head coach. Milwaukee never got out of the first round of the playoffs during his time in charge.