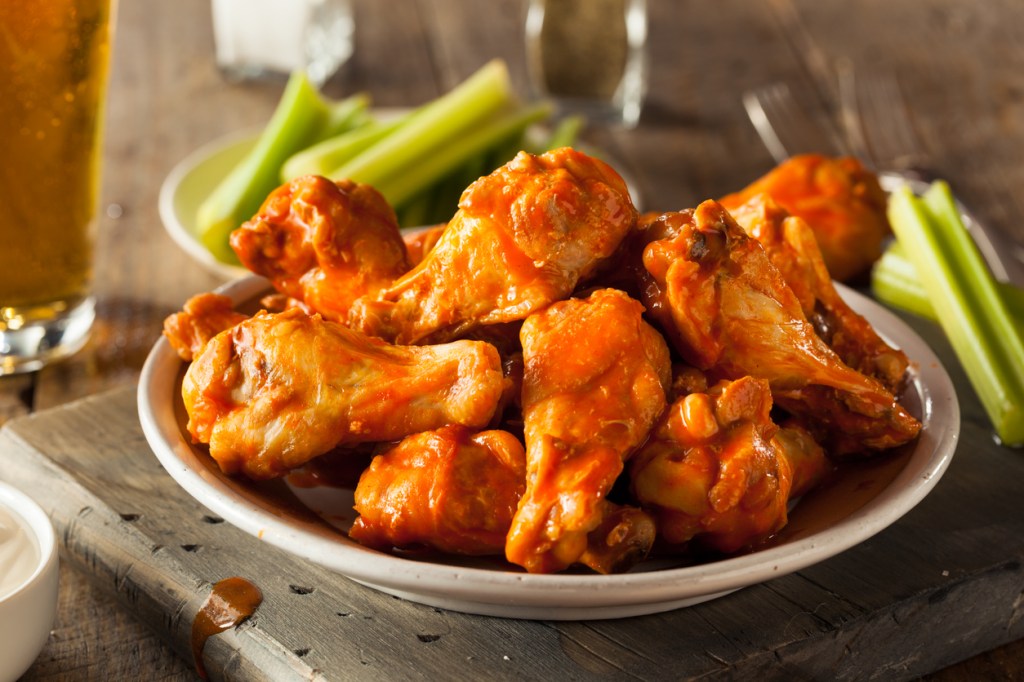 One of the quickest ways to make yourself unwelcome in just about any major city in America is to show up and tell the locals their signature food dish is awful and overrated. Baltimore has crab cakes, NYC has pizza, Chicago has their thick pile of cheese, Miami has Cuban food, and the city of Buffalo has buffalo wings. You get the gist but Chef Alton Brown missed the memo a while back…

This all started a few years back when the Food Network host went to the city of Buffalo to try its eponymous wings. He wanted to see where it all began and how Buffalo’s wings stack up to the chicken wings elsewhere and in that process he managed to piss off the entire city by bashing its most famous food.

Here we break down the timeline of Chef Alton Brown’s trip to Buffalo, spat with the locals, and his redemption arc which was picked up by Jelisa Castrodale at Food and Wine after Alton shared his newfound perspective and appreciation on Facebook.

April 26, 2018: Chef Alton Brown appears on the First We Feast channel’s Hot Ones with Sean Evans, the show where guests are interviewed as they eat the hottest wings on the planet. This is when Alton let it slip that “if you want great Buffalo chicken wings, don’t go to frickin’ Buffalo.”

Those were fighting words for Buffalonians. They wouldn’t sit idly by and let their buffalo wings be besmirched by some fancy food TV guy born in Los Angeles!

April 26, 2018: later in the day The Wing King of Buffalo, Drew Cerza, calls out Chef Brown for his hot take about Buffalo’s wings. He invites Alton to take a tour of Buffalo with the Wing King, suggesting that maybe Alton Brown just went to the wrong places…

Disappointing to hear such frickin' harsh words from you, NEVER trash our fine City and our WINGS! Join me in Buffalo for a personal tour of our Buffalo Wing Trail. Experience our great regional food. @altonbrown @WingFest @FoodNetwork @BuffaloNiagara @TheBuffaloNews

Another pretentious pseudo food expert with no real world experience of Buffalo saying he knows best, come on @altonbrown sac it up and eat some real wings……. pic.twitter.com/YH1VnbBcGn

The days after April 26, 2018: The hot takes kept rolling in from Buffalonians. They weren’t having Alton’s comments about their city’s wings. While that episode of ‘Hot Ones’ has been considered one of the show’s all-time best it’ll never be a favorite to the people of Buffalo.

If you want to get a sense of the comments Alton was receiving at that time just scroll through the older comments on the YouTube video or the replies to that tweet above.

April 2nd, 2022 (4 years later): Alton is one of the most intelligent men in the culinary industry. His historic-based approach to a lot of content on his social channels is something that really resonates with me. And it appears that as time worn on, Alton Brown realized he might’ve bee wrong about his Buffalo Wings take so he thought he’d give it another go.

April 4th, 2022 (2 days later): Just TWO DAYS after admitting that he “just went to the wrong places” back in 2018, Alton was on Facebook saying he’d just had the single best buffalo wing of his entire life and it was in the City of Buffalo. A huge win for Buffalonians.

I was wrong, the best wings are in Buffalo and thanks to @BuffaloFood and @NateGearySports I think I even know where to get them. pic.twitter.com/S7SiKNRER5

I suspect that any Buffalonians out there who see Alton Brown’s apology will be willing to forgive him but I also worry that too much time has passed and he’s burnt some permanent bridges. Only time will tell.

Personally, I’ll order smoked wings over buffalo wings 99 out of 100 times. Unless it’s a place that claims to have the single best buffalo wings on the planet and the framed awards on the wall to back up that claim I’m going with the smoked wings because in my experience, buffalo wings are typically all bark and no bite. At least with smoked wings you are guaranteed some flavor.