T.J. Miller’s Ex-Bodyguard Claims He’s Sleeping In His Car After Comedian Stiffed Him Out Of $237,000 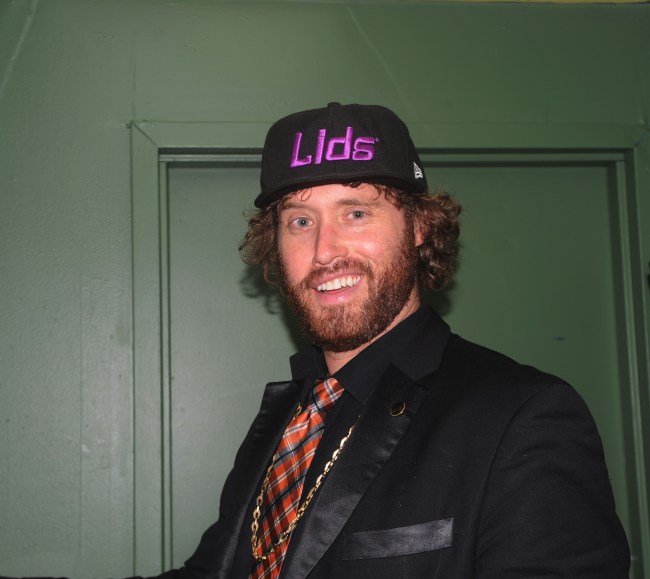 It’s been three years since T.J. Miller announced that he wouldn’t be reprising his role as Erlich Bachman on HBO’s Silicon Valley, a decision that would precede many other bad ones.

Miller, who allegedly showed up to shoot Silicon Valley wasted and unprepared, went on to tackleThe Gorburger Show (canceled), The Emoji Movie (the worst movie of 2017) and Deadpool 2 (who was nearly recast after sexual assault allegations).

And there was that time in March of 2018, when the 39-year-old comedian was arrested at LaGuardia Airport after falsely calling in a bomb threat on an Amtrak Train after accusing a woman of having a “bomb in her bag.”

Miller’s latest round of bad press comes from Abraham Haddad, Miller’s former bodyguard for over a decade.

According to Page Six, Haddad, who was allegedly fired in March 2019 following an incident when Miller was drunk and erratic, has been forced to sleep in his car after claiming that Miller has not paid him $237,726.67 that he allegedly owes.

“It’s a sad day when somebody refuses to hold up their commitments to those who have (literally) protected them, not only physically, but also with their own mental well-being,” Haddad wrote in letters sent to Miller’s accountant last April and May. “Let’s not forget the myriad times that I kept you from being hauled off to jail and kept your name out of the tabloids.”

Haddad also alleges that in 2017 after a woman accused Miller of sexual assault, the comedian attempted to coerce Haddad and another bodyguard to threaten the woman at her home.

To garnish the shit sandwich, Haddad was also ridiculed for his personal appearance.

“There would be belittling and fat shaming … He constantly was telling me, ‘You need to get to a gym’ … I didn’t even have a house to go to.”

Miller is worth an estimated $9 million. Again, Haddad is sleeping in his car.