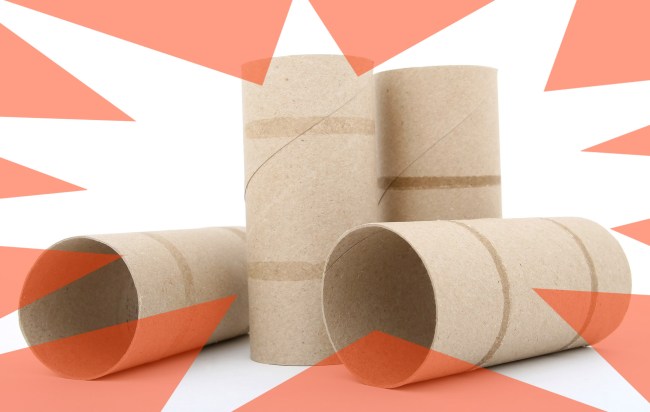 The list of things being affected by the worldwide coronavirus outbreak is ever-growing, but the fact that “toilet paper crisis” has been trending on social media? Now it’s just gone too far.

March Madness, the NBA, The Masters, the Summer Olympics, soccer matches, movie releases, music festivals? Those we can all live with being affected. But our toilet paper?!

Does no one have a square to spare?!

The TP shortage situation, thanks to people hoarding and stockpiling it has gotten so bad in some places that one newspaper, the NT News in Australia, even printed an eight-page special lift-out, complete with cut lines, for people to use in an emergency.

YES, WE ACTUALLY DID PRINT IT #toiletpapercrisis pic.twitter.com/jusP50ojYu

Down there, supermarkets are getting cleaned out of toilet paper. Woolworths even introduced a four-pack limit per customer per transaction both in-store and online, according to the New Zealand Herald.

At one store, the police had to be called with the BBC reporting a knife being pulled over some much-needed TP.

The BBC and media also report that toilet paper is also believed to be in short supply in places like Iran, Singapore, Japan, Italy, the United Kingdom, and Hong Kong. The latter was the site of armed robbers stealing pallets of the stuff.

Australia’s chief medical officer Dr Brendan Murphy told parliament this week: “We are trying to reassure people that removing all of the lavatory paper from the shelves of supermarkets probably isn’t a proportionate or sensible thing to do at this time.”

Supermarkets Coles and Woolworths have stated there is plenty of stock, while the manufacturer of Kleenex toilet paper in the nation said it was now operating 24hr production lines to meet demand.

The women behind me at the Aldi check out #toiletpaper #coronavirusaustralia pic.twitter.com/XnenmvnQaR

I feel like I have an extremely valuable commodity in my house #toiletpapercrisis pic.twitter.com/xZaiTASzfo

What’s wrong with people? Have you all got the shits? #toiletpapercrisis pic.twitter.com/AFDgz8qDvk

If you are one of the people who has panic-bought a 6-month supply of toilet paper I think you should go home and look at your enormous pile of toilet paper and think about what you’ve done.

The #toiletpapercrisis illustrates one thing – if we every are unfortunate enough to suffer an immediate and major adversity, we are legit proper f*cked. #coronavirusaus #auspol